Is the No. 1 Goal to Maximize the Stock Price?

“There’s only one purpose of business – to make as much money as possible. If you want a friend, buy a dog.”
– Kevin O’Leary, Shark Tank

“Business has a higher purpose than just making money. It seeks to achieve the good, the beautiful, the true and the heroic.”
– John Mackey, CEO, Whole Foods Market

Kevin O’Leary – Shark Tank‘s “Mr. Wonderful” and keynote speaker at next month’s big FreedomFest conference – is on the warpath. He just released a video to his 2 million social media followers about his big debate with Whole Foods CEO John Mackey.

O’Leary rejects Mackey’s feel-good stakeholder philosophy of “conscious capitalism.” For him, it’s all about the shareholders. “The DNA of a business is to give returns to the investors who took the risk in the first place.”

Jack Welch: The Thrill of Victory… and the Agony of Defeat

Who is the most important part of the wheel of business: customers, investors, workers, suppliers or the community?

This has been a long-standing debate. For years, commentators like O’Leary and Jack Welch, former CEO of General Electric (NYSE: GE), have argued that managers and executives should focus primarily on maximizing returns for shareholders.

Under Welch’s 20-year leadership, GE moved beyond its traditional products – light bulbs, jet engines and turbines – and moved into financial services, computers, television networks and telecommunications. Welch’s goal for GE was for it to be either No. 1 or No. 2 in every industry it entered. As a result, GE became the ultimate multinational conglomerate.

“Neutron Jack” (so nicknamed for his readiness to fire employees) adopted a controversial policy of laying off the lowest 5% of workers every year. This hard-nosed vision caused GE employees to work hard and be productive.

The results were remarkable. Under Welch’s leadership, GE became the world’s largest company, measured by market capitalization. GE’s stock value rose 4,000%, and it was the best-performing Dow stock. When he retired, his severance payment was $417 million, the largest such payment in history.

You can see why these results captured the attention of O’Leary and investors everywhere.

However, GE’s success did not last. It’s been all downhill since Welch left. Most analysts blame Welch for creating an overstretched and bloated conglomerate. GE was too big to fail but also too big to succeed.

GE Capital nearly toppled the company during the Great Recession because it did not have a competitive advantage over other financial services companies.

In 2018, GE was dropped from the Dow Jones Industrial Average. It was the last remaining original component of the Dow index.

The Case for a Stakeholder Model

In his best-selling book, Conscious Capitalism: Liberating the Heroic Spirit of Business, Mackey is highly critical of Welch’s policy of firing 5% of workers every year. He favors a “stakeholder” philosophy: “The enlightened corporation should try to create value for all of its constituencies… not just to investors, but to customers, employees, suppliers and the community.”

He points out that companies with a stakeholder philosophy beat the market – so it’s good business to consider all the constituencies in the wheel of business. For example, Fortune‘s 100 Best Companies to Work For have performed an average of 5% better per year than the Russell 3000 Index. 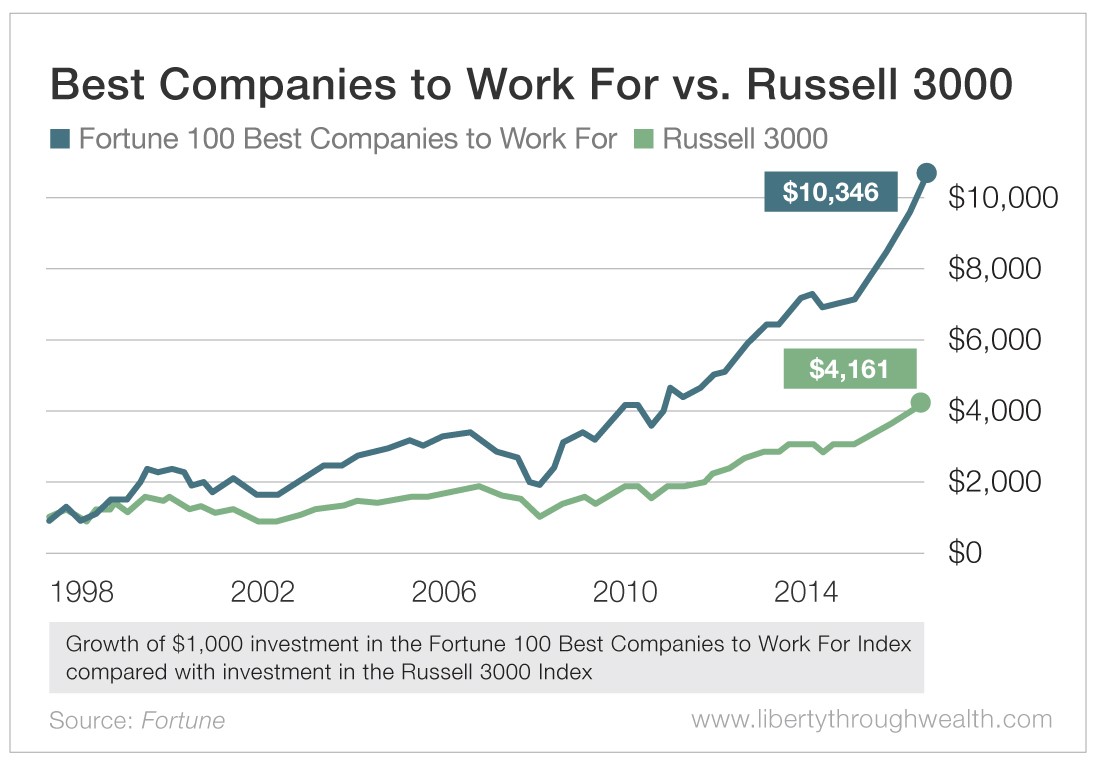 The Ultimate Libertarian Duel in the Sun

On July 18, during this year’s FreedomFest, you can witness the ultimate “Libertarian Duel in the Sun” between Mackey and O’Leary: compassion vs. greed.

As O’Leary says in the video, “Don’t miss my debate with John Mackey. It’s going to be crazy!”

After the big debate, O’Leary will host a luncheon where he will discuss the inside story of Shark Tank. All attendees will receive an autographed copy of his best-selling book Cold Hard Truth on Men, Women & Money.

I hope you’ll consider joining us at FreedomFest, scheduled for July 17-20 at the Paris Resort in Las Vegas. The Club’s Chief Investment Strategist Alexander Green and I will each present several times at the full three-day investment conference.

One of the other speakers is Vince Foster, the founder and chairman of Main Street Capital (NYSE: MAIN), the best-performing private equity fund since 2007 (beating the S&P 500 and Warren Buffett). It’s my favorite investment, up 25% this year alone. Foster will reveal his secret to successfully investing in private companies that turn a profit.

Is Saving for Losers?

This Mindset Can Make You Rich

Invest in Stocks or Start a Business? Talk...

Protect Yourself (and Profit) From the Next Crash