Bestselling author and cable news superstar Bill O’Reilly – a longtime subscriber and, more recently, generous friend and supporter of my work – had me on his webcast Tuesday to talk about a subject of mutual interest: economic inequality. 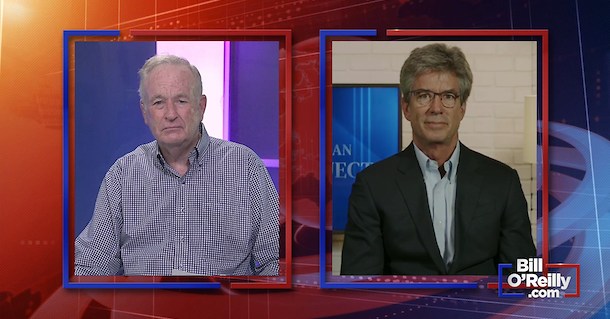 (Click here to watch our interview.)
During our conversation, Bill pointed out that Senators Bernie Sanders and Elizabeth Warren actively promote the idea that people who experience economic success in this country somehow oppress and deprive the rest of us.

The absurdity of this notion is clear to any sober-minded individual who gives it a moment of serious reflection.

She came from nothing, but is a multibillionaire today – and good for her – thanks to our capitalist system, her amazing social skills and her intense desire to help people live better, more fulfilling lives.

Would someone please explain how her money would have somehow ended up in my pocket – or yours – if she hadn’t earned it over the course of her extraordinary career?

If they hadn’t done that, how would the billions they earned have shown up in your bank account and mine?

Disney World has a special place for people who believe things like this. It’s called Fantasyland.

Yet, in this contentious political season, millions of Americans are going there. They are willing to believe that somehow greedy one-percenters vacuum up most of the wealth, leaving only scraps for the rest of us.

I’ve talked about this “lump sum fallacy” before, so I won’t belabor it here.

The important thing to understand is that wealth has to be created before it can be distributed. It doesn’t just magically show up on someone’s balance sheet.

Oddly – or perhaps not – Senators Sanders and Warren never talk about wealth creation. (That would be crass, I suppose.)

Nor will you ever hear them utter two phrases that are near and dear to the hearts of successful entrepreneurs, businesspeople and investors everywhere: individual initiative and personal responsibility.

Those are the two qualities you need if you want to reach your financial goals.

Sanders and Warren mistakenly believe that the only way to raise one person up is by taking someone else down. And if you plan to take them down a peg, the best way to start is to demonize them.

So instead of pointing out that businesspeople and investors create most of the jobs, take most of the financial risks and pay the overwhelming majority of taxes – according to the IRS, the top 1% of income earners pay more in annual taxes than the bottom 90% – they bang on about the evils of capitalism, the “rigged economy” and how the rich don’t pay their fair share.

There’s a great danger in accepting this dystopian view, in seeing yourself as a hapless victim in an unjust society.

After all, if capitalism is broken, you don’t stand a chance. Why bother to compete?

If the system is rigged, you can’t succeed. So why try?

This is the worst kind of demagoguery, not only because it’s dispiriting and counterproductive but – more to the point – it isn’t true.

We are fortunate to live at a time in this country when every able-bodied man and woman can strive to better their circumstances by working, saving and investing.

In fact, rarely has the timing been better.

We’re in the midst of the longest economic expansion in history. Unemployment is near a 50-year low.

Wages are the highest in more than a decade. Inflation is low. The dollar is strong. Household income and net worth are at record levels. Corporate profits are up. And so is the stock market.

If capitalism is broken, do me a favor. Don’t fix it.

Some folks, of course, are ready to invest, but they aren’t sure how or where. Or the stock market scares them.

In my experience, this is generally because they don’t understand the risk of not investing in stocks.

Like a slow leak in a pool, inflation is steadily eroding your purchasing power. (It takes $3 today to buy what $1 bought in 1980.)

With cash and bond yields near historic lows, you need a portfolio that works as hard as you do to generate the kind of returns that will allow you to meet your most important financial objectives.

And in my next column, we’ll discuss exactly how to do that.