The World’s Most Successful Investor Is a Swing Trader

Yesterday, I revealed how billionaire Paul Tudor Jones II made his fortune by swing trading.

Swing trading techniques helped Tudor Jones build his hedge fund from a tiny $30,000 startup to a $7.8 billion leader in the industry.

For Warren Buffett, the ideal holding period for an investment is “forever.”

Simons, the most successful investor in history, is a swing trader.

Let’s look at some examples of the kinds of successful swing trades that made Simons a billionaire.

Take a look at the candlestick stock chart below.

As I’ve discussed before, candlesticks offer a wealth of information on where a stock is headed next. 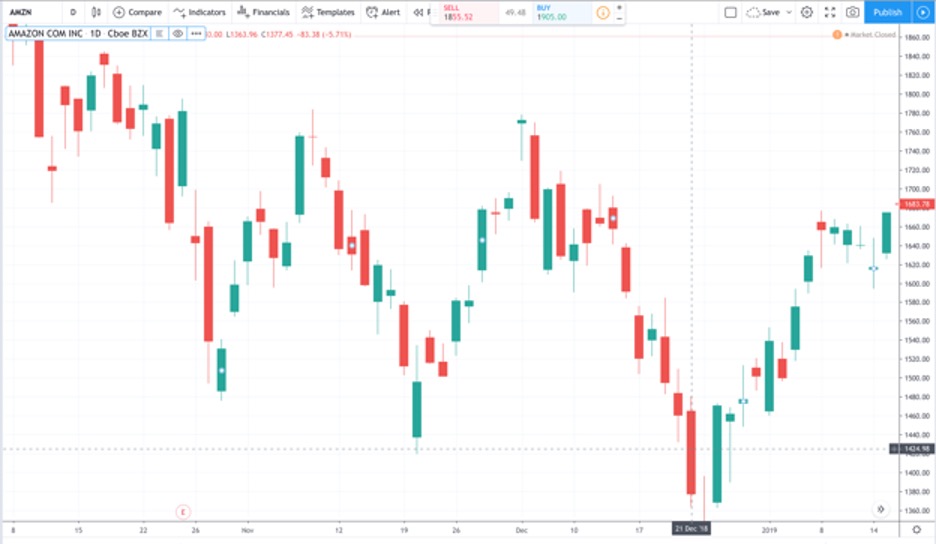 Remember, what swing traders are looking for is streaks. They want to identify periods where every day is the same color.

So you see a stock go red, red, red many days in a row because traders are trading in lockstep… pushing the stock down… But then the reversal happens.

All it takes is one upward swing, and suddenly the machines have completely altered course. 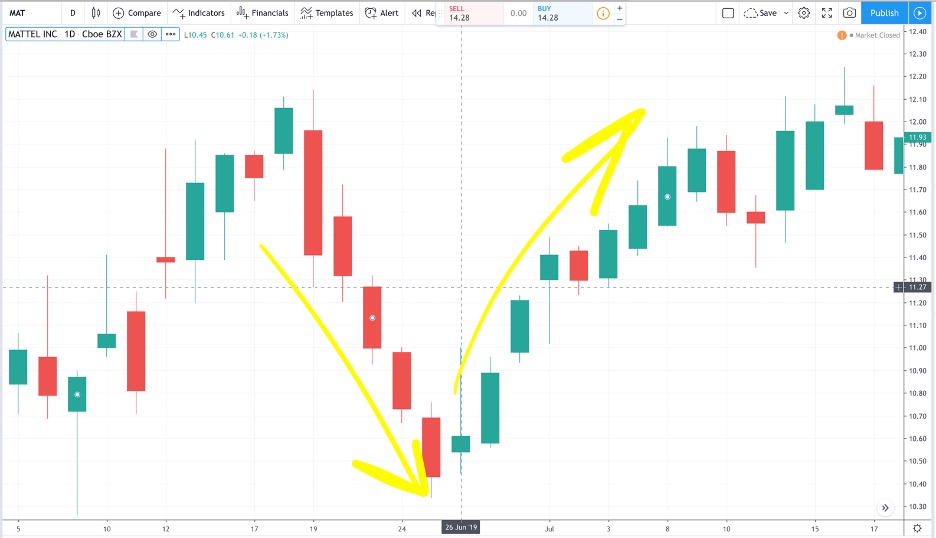 But then the stock reverses.

You see the reversal with the first green bar. And then you see the swing higher. 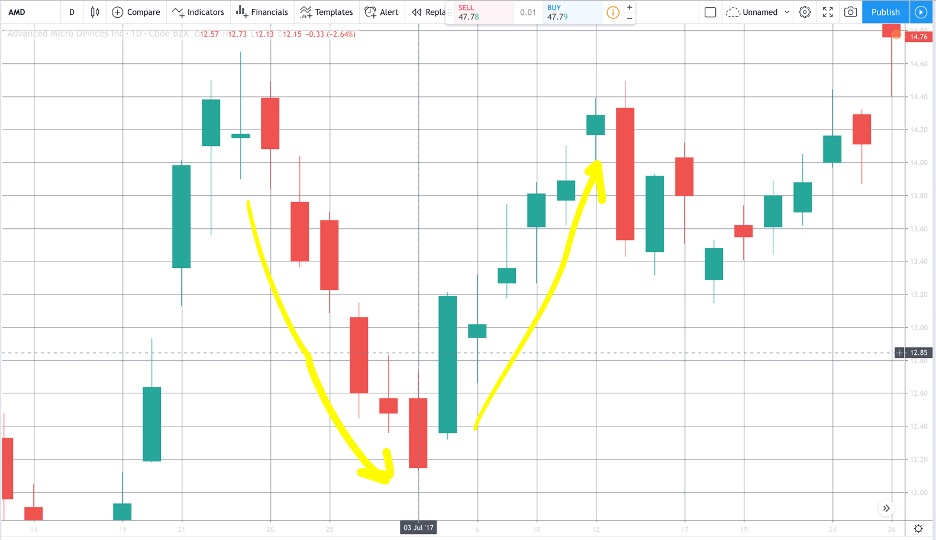 You see a drop of six consecutive days. Then you have a reversal day, followed by the inevitable swing upward.

This single trade would’ve made 104% in under a week

I use sophisticated software similar to what the biggest hedge funds use.

If my computers switch to buying from selling, it is very likely that the other computers are doing the exact same thing.

Once you know what to look for, it becomes straightforward to predict these movements.

All this is invisible to most investors. But computers programmed with the right algorithm can recognize these patterns in milliseconds.

Previously, I’ve discussed why swing trading offers you several edges over other forms of trading. Here are two more advantages…

The human mind was not designed for trading. Humans are driven by emotions that can change on a whim.

In contrast, machines are completely predictable. Program a computer with an algorithm, and it will make the exact same decisions every time.

The good news is these algorithms have made Wall Street trading far more predictable than ever before. After Wall Street’s quant algorithms push a stock lower, it’s all but inevitable you’ll see a swing higher as those same computers push it higher.

It’s like Isaac Newton’s third law: For every action, there is an equal and opposite reaction.

Second, swing trading works in any market. Up. Down. Sideways.

I don’t worry about what the overall market is doing. Instead I stay completely focused on the swings of individual stock prices.