Will Gridlock on Capitol Hill Sink the Mother of All Bull Markets?

“The stock market takes the stairs up and the elevator down.” – Old Wall Street saying

“Businessmen can profit handsomely if they will disregard the pessimistic auguries of self-appointed prophets of doom.” – J. Paul Getty

By the end of the summer, Wall Street achieved a historic milestone: The rally that began in March 2009 became the longest-running bull market in history, outdistancing the incredible run of the 1990s. And the current bull run (as well as the one in the ’90s) has had an outstanding annual compounded return of more than 15%.

Last year I suggested we were enjoying the “mother” of all bull markets. 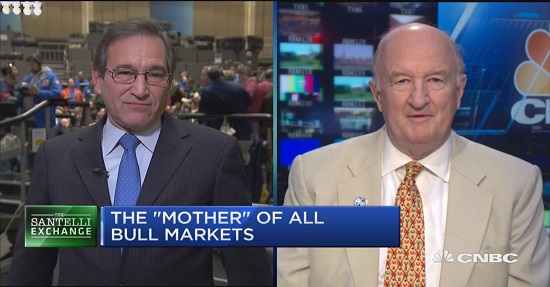 But then October hit, and the longest rally in history was being threatened as never before.

Bull markets climb a wall of worry, as Wall Street veterans say, and there’s plenty to worry about: the Fed’s determination to raise interest rates, Trump’s never-ending protectionism and trade war with China, and Democrats wreaking havoc on Capitol Hill.

Is Political Gridlock Good for Stocks?

With Republicans holding the Senate and Democrats taking over the House, what will happen when the new Congress is in session?

Historically, a divided Congress has been well received by Wall Street. According to Investor’s Business Daily, a divided government is ideal for the stock market. Reviewing the history since World War II, the best outcomes came when Congress was divided.

So is this a bull market correction or the beginning of a bear market?

At the New Orleans Investment Conference, an annual gathering of gold bugs, it’s always the beginning of a financial Armageddon.

The conference was full of bears, including Doug Casey, Peter Schiff, Rick Rule and Bob Prechter. Even commodity guru Dennis Gartman believed that commodities, except for oil, are poised to do substantially better than “overvalued” stocks. (He made the same prediction last year. We shall see.)

The problem facing gold, mining stocks and commodities in general is the Fed’s tight money policy and a strong dollar. Under Fed Chairman Jay Powell, the growth of the money supply is slowing down and interest rates are rising. The 10-year Treasury rate is 3.22%, its highest level in four years.

Using the Austrian structure of interest rates, the yield curve is flattening but has not turned negative. If we get an inverted yield curve, where short-term rates are higher than long-term rates, we could be facing another recession and bear market.

But that hasn’t happened. Nor has the spread between risky junk bonds and low-risk Treasury bonds widened. They’ve remained stable during the recent sell-offs.

And there are other reasons to be optimistic. Economic growth is moving up. GDP is growing at 4% this year, and gross output (GO) is growing even faster.

In fact, the federal government just released second quarter data showing GO (which includes the supply chain) growing at a 7.9% clip in nominal terms and 4.6% in real terms.

That’s ahead of second quarter GDP. When GO grows faster than GDP, it demonstrates strong growth ahead.

Corporate profits are strong, inflation is relatively tame, and companies are still buying back shares at record numbers. All this is bullish.

But as investor Jesse Livermore often said, “Beware, the market can do anything!”