IPOs create a smorgasbord of new opportunities for traders and investors.

And that’s a good thing.

After all, only a tiny percentage of investors have enough capital to take advantage of private equity… or get in on venture capital deals before a company goes public.

But once a company begins trading on an exchange, it is fair game for everybody.

Last year we saw the most IPOs in history.

According to FactSet, 494 IPOs raised a total of $174 billion. That was more than twice the number of IPOs in 2019 and a 150% increase in proceeds raised.

Fifty-four of last year’s IPOs more than doubled in value.

In fact, IPOs as a whole outperformed the S&P 500 sevenfold. The blue chip index rose 16%, while the average IPO returned 107%.

Much of this increase was due to the increased popularity of special purpose acquisition companies, or SPACs.

These so-called “blank check companies” are giving investors access to deals and investment opportunities they might otherwise never see.

The benefits of SPACs include…

SPACs accounted for roughly half of all IPOs last year, quadruple the number in 2019.

And the trend has continued into 2021.

SPACs and other IPOs can greatly boost your portfolio’s returns. But only if you know where to look.

Wall Street doesn’t cover most of these companies.

And where there isn’t much research coverage, inefficiencies develop. And that creates opportunity.

For example, it is widely known that the broad market has returned approximately 10% a year over the last 200 years.

But since 2010, according to a study by Schaeffer’s Research, the average one-year return for a post-IPO stock was 22.3%.

However, I’ve recently uncovered a post-IPO stock that has as much upside potential as any of those three.

In fact, I believe it has the potential to become the hottest stock of the next decade.

Fortune magazine believes the firm will “become a tech giant.”

It’s easy to see why… It has a client roster that most companies only dream about.

Customers include 165 of the Fortune 500 companies… and 70% of the ultra-exclusive Fortune 10 companies. The best of the best.

And company insiders agree. They are not just buying. Insiders have loaded up on these shares.

Even Berkshire Hathaway Chairman Warren Buffett – who famously dislikes both IPOs and tech companies – made his first IPO investment since 1956 in this company.

The last time Buffett put his money in an IPO, most folks didn’t even own a color TV and Dwight Eisenhower was in office.

This is the first time he’s made an IPO investment in 65 years.

And he’s not the only one…

(I’ll be releasing a special report about this recommendation tomorrow. You will be able to find it on The Oxford Club website.)

The important takeaway is that fantastic, disruptive companies are going public at an unprecedented pace.

Investors who understand what’s going on – and where to invest – stand to realize outsized profits in the months and years ahead. 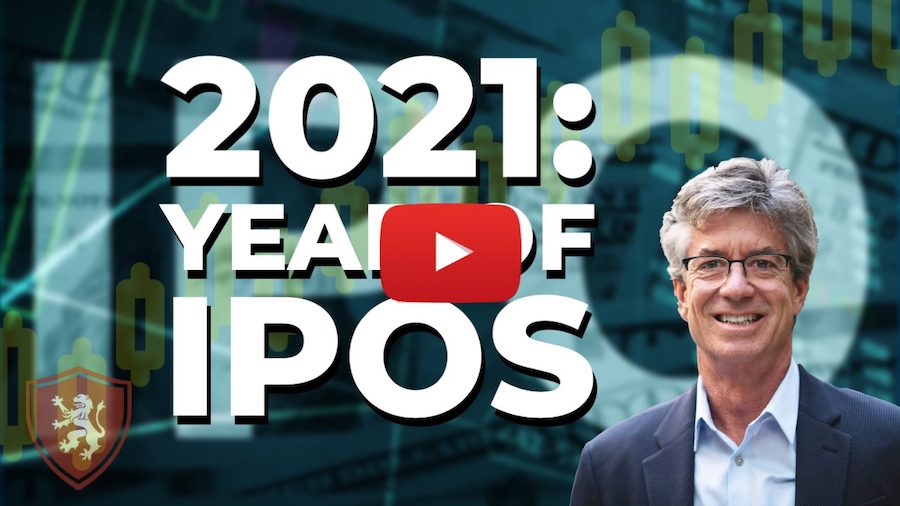