In recent columns, I’ve discussed our new “post-responsibility society”, the growing belief that individuals are not really responsible for their behavior and their choices – or the financial outcomes they create.

As someone who’s devoted his professional life to showing ordinary men and women how to achieve and maintain financial independence, I know that belief has profound, negative ramifications.

I also know that adopting an alternative viewpoint can have positive, life-altering ones.

Let’s start with the basic facts…

By almost every measure, our nation has never been more affluent.

And a study by Chicago-based research firm Spectrem reveals that there are a record number of households in the U.S. with a net worth – excluding primary residences – of more than $1 million: 13.6 million.

Yet this is an incomplete picture. Not everyone is getting richer.

More than a quarter of all working Americans have no retirement savings. Thirty-five percent of Americans say they would have trouble covering an unexpected $400 expense. And Federal Reserve data shows that more than half of American households have a negative net worth.

That means their collective net worth is zero or less than zero. Their debts exceed the value of their assets.

There are diametrically opposed ways of viewing this development…

You can believe that capitalism is broken, the system is rigged and the American economy isn’t working for most Americans.

That’s a tough notion to hang on to in the face of U.S. household net worth at an all-time record $141.6 trillion.

Yet some people don’t let the facts get in the way of strongly held opinions, especially opinions that excuse their own unwise behavior.

An alternative, reality-based interpretation is that some people haven’t worked enough, haven’t budgeted well (or at all), haven’t lived within their means, haven’t used credit wisely, or haven’t saved and invested.

I’m not saying these folks are to blame entirely.

Many high school graduates lack a basic understanding of compound interest, credit card debt, adjustable-rate mortgages, qualified retirement plans or why we even have a stock market.

(Yet for some reason the folks who stridently oppose school choice and education reform are generally the angriest about economic inequality. Go figure.)

Some feel better believing that their financial circumstances are the result of society’s inequities, capitalism’s shortcomings or problems within the culture.

I’m not ruling these factors out – or suggesting for a moment that everyone is born into equal circumstances or with equal genetic gifts.

But your ability to change society, the culture or “the system” is limited. More to the point, believing that’s what it would take to solve your financial problems is entirely disempowering.

Even if change were coming, it would likely take years. If you belong to a household with a negative net worth, you don’t have that luxury. You need your circumstances to change sooner.

Fortunately, there is an excellent way to do that. Some call it “extreme ownership.” I refer to it as “radical responsibility.”

It starts with calling a meeting with the people most responsible for your economic circumstances.

That won’t be difficult. Just go stand in front of the mirror with your partner.

Then make – and follow through with – some hard choices.

It may mean getting vocational training, meeting with a credit counselor, working a second job, applying for a higher-paying position, buying a smaller house, getting rid of a second car, or just spending less and saving more.

You know best how you got into your financial circumstances. (And, yes, you may have had ample help from your “ex” or kids.)

Digging out begins with taking ownership of your bad choices and committing to better ones.

If you wave the white flag instead – and just rail against “the system” – your finances will only continue to sink, along with your self-esteem and peace of mind.

Yet millions of Americans believe that government should deliver the material happiness they deserve, sparing them the trouble and discomfort of striving.

Despite the fanciful promises of some politicians, that’s not going to happen. 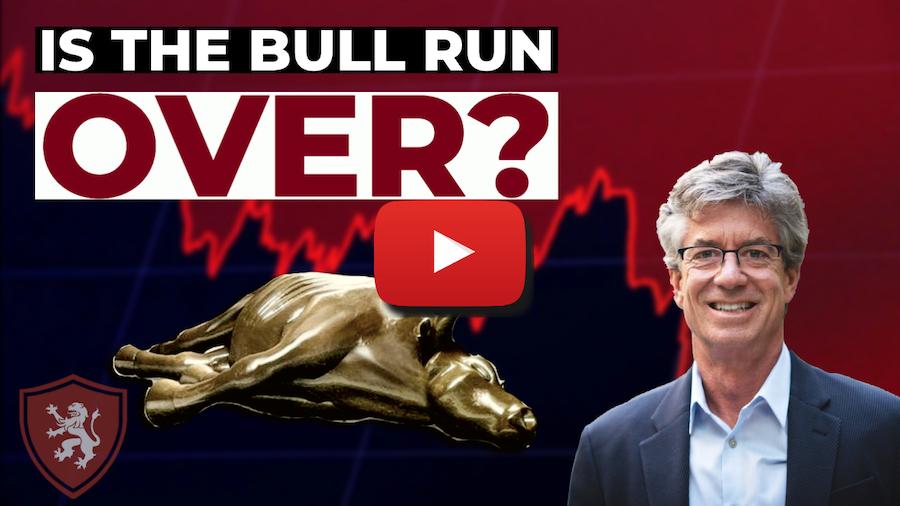 Elon Musk and the Biggest Tech Story of...