Friends and family often ask me where they should put their money now.

And then emphasize that I’m kidding.

But people do love themselves some penny stocks. Investors dream of buying a stock in the low single digits and watching it explode to double digits, making many times their money.

However, there are a lot of misconceptions about penny stocks…

So once and for all, I’m going to let you in on what is true and false about them.

Myth No. 1: Penny stocks have greater potential to double or triple than larger stocks do.

Tell that to owners of Tesla (Nasdaq: TSLA)… 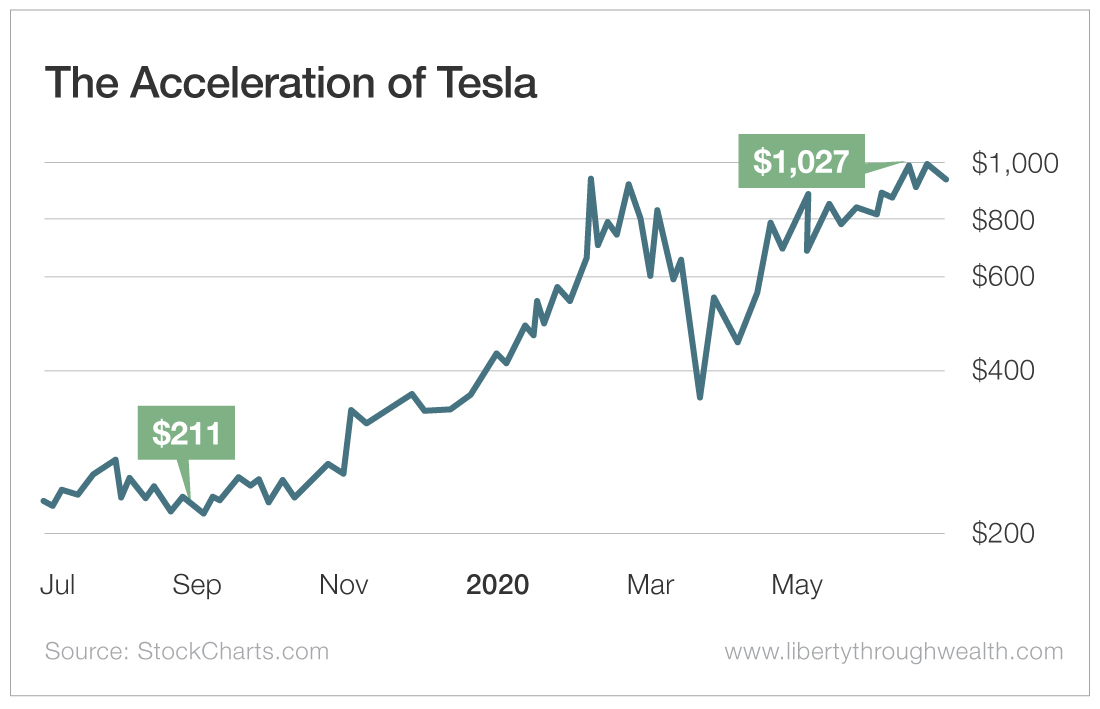 A stock’s price will have no effect on whether it can rise 10%, 20% or 100%. What matters is how much supply and demand there is for the stock.

If a small company makes a big announcement but no one is following it, it might be hard to drum up interest in the stock.

On the other hand, when an unknown company suddenly finds itself in the spotlight, the stock can rise from $1 to more than $16 in one month – like Houston American Energy (NYSE: HUSA) did earlier this year.

Myth No. 2: All penny stocks are tiny companies with little revenue or profits.

There are quite a few energy companies whose stocks trade for under $5, such as TransGlobe Energy (Nasdaq: TGA), which is profitable and growing. Or companies like Destination XL Group (Nasdaq: DXLG), which also trades below $5 and generated more than $500 million in revenue last year.

Sirius XM Holdings (Nasdaq: SIRI) has a $24 billion market cap and generated more than $8.5 billion in revenue last year. It trades for around $6.

Myth No. 3: Investing in penny stocks gets you in before Wall Street’s big players.

This is partially true.

Many mutual funds and other institutional investors have their own rules against buying stocks that trade below $10 or $5.

But many others do not have those restrictions. There are plenty of hedge funds and other institutional players that own penny stocks.

Most penny stocks don’t pay dividends because many are still young companies in their early growth phases.

Sirius XM pays a dividend. So does Manhattan Bridge Capital (Nasdaq: LOAN), which trades for around $5 and pays a 9% yield.

Myth No. 5: All penny stocks are risky.

A lot of penny stocks are garbage companies. Many others are priced low for a reason.

But there are plenty of quality companies – businesses that are just beginning to gain some traction, undiscovered by Wall Street – that make for great investments or short-term trades.

If you trade penny stocks, make sure you understand the risks, the potential profits, why you’re making the trade you are and what strategies will limit your risk, such as trailing stops.

Penny stocks can be lucrative as long as you know what’s true about them and what’s myth.

Economists Take on the Pursuit of Happiness

How to Accomplish Maximum Reward for Little Risk