Who Is Benefiting From This Economy?

Who could possibly be benefiting from this economy?

After all, gross domestic product (GDP) contracted in the first two quarters of this year.

Inflation is running at 8.3% year over year (we’ll get two new measures of it this week). That’s the fastest pace since the early 1980s – and well above the somewhat arbitrary 2% rate we all assume will allow the economy to expand without becoming unstable.

So you might be tempted to answer the question above with a single word: nobody.

But it’s not quite true. One group in particular is seeing real gains lately.

The pandemic drove many Americans out of the workforce. They either became ill (or died) or decided to do something other than work.

The labor force participation rate, which measures the percentage of working-age Americans who are either employed or looking for a job, fell from 63.4% to around 60% during the early months of COVID-19. And while it’s since rebounded a bit, it’s still around 62%, a level we haven’t seen since the 1970s.

That’s given workers a leg up in negotiating better salaries and benefits. And as a result, labor’s share of national income (versus the share going to business owners, or capital) has risen significantly in the pandemic’s aftermath. 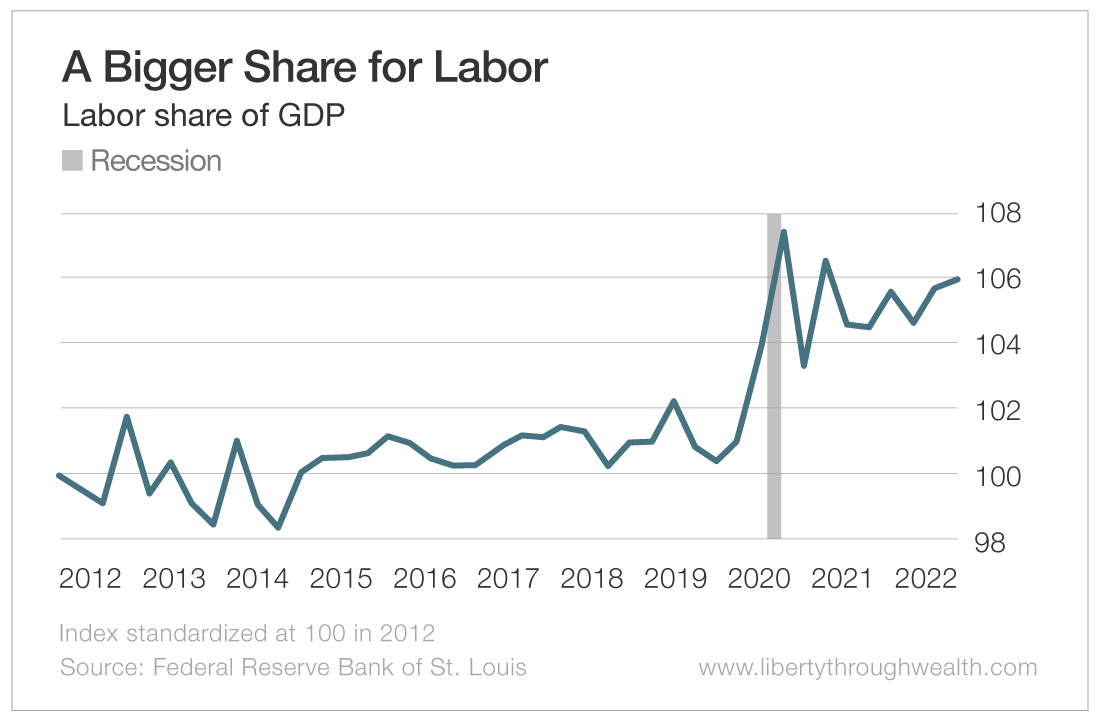 That’s not great for investors, of course. But also consider that if labor’s share of GDP falls too low it tends to cause societal problems, from political unrest and instability to populism and class conflict.

In addition, the lowest-paid workers are gaining the most at the moment. 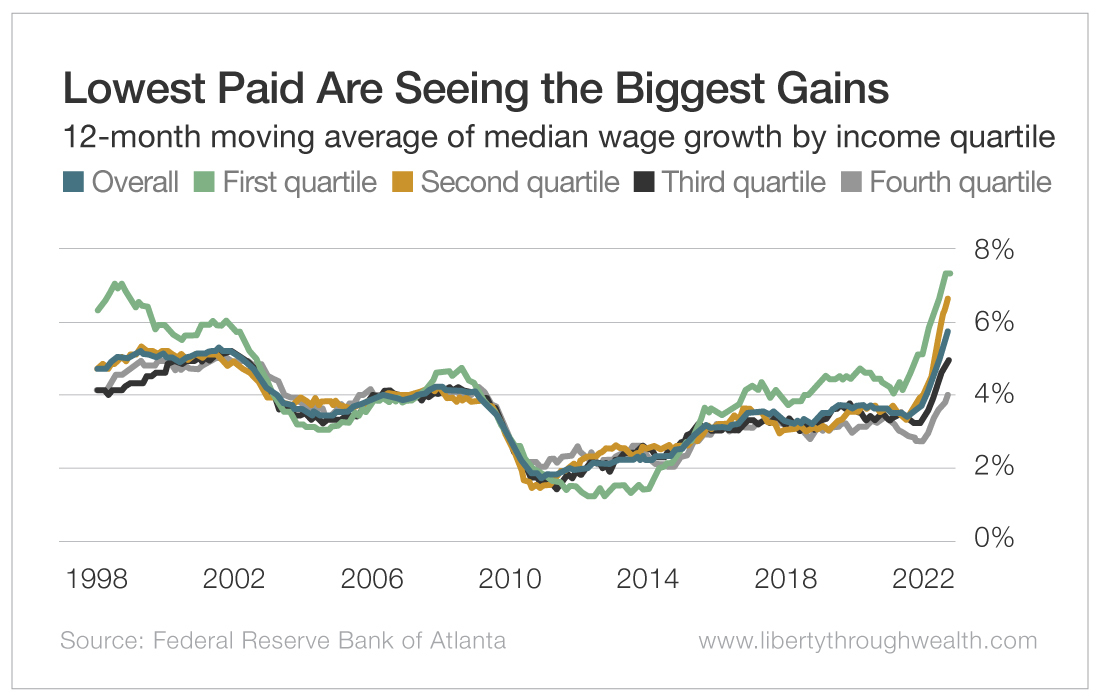 Workers in the first income quartile are enjoying the biggest wage gains now. The upper wage limit for these workers is about $710 a week, or slightly less than $37,000 a year, according to the Bureau of Labor Statistics.

Many of these people work in leisure and hospitality, retail, health services or construction.

And suddenly they’re seeing real wage gains, the likes of which they haven’t experienced in decades.

Yes, inflation is outpacing these wage gains for the moment. But because wages are “sticky down” – that is, they move up with relative ease but move downward with more difficulty – these gains may stick around after prices of many goods and services come back down.

So there are definitely a lot of Americans seeing gains right now, and those gains may last a while.

That’s certainly something Jerome Powell and his colleagues at the Federal Reserve should consider as they look to raise unemployment and slow wage gains to contain rising prices.

The Best Place to Secure Profits During This Bear Market

The Next Big Tech Boom Is Happening Right Now

An Early Victory in the War on Wealth