What’s the endgame for Jerome Powell and his colleagues at the Federal Reserve?

That’s the biggest question making the rounds of Wall Street and other global financial capitals at the moment. That’s because it has major implications for businesses, workers, consumers and investors (more on that below).

And it’s a very new question too.

For most of 2022, the biggest questions for investors were about inflation. Basically, how high will it go and when will it peak?

Now we know – with some degree of certainty – the answer to those.

Inflation peaked in June at a year-over-year rate of 9.1%.

You can see the inflation trend for 2022 in the chart below. 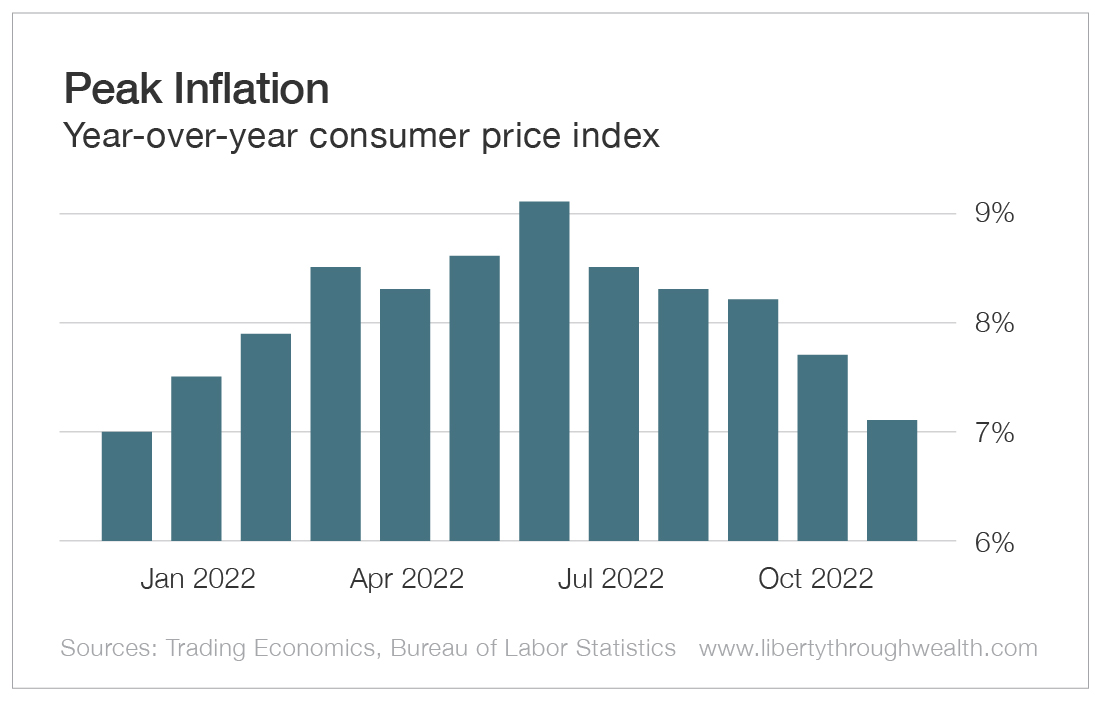 Suddenly inflation is coming down across the board, with a significant slowing (called disinflation) in November.

Here are the November highlights…

Of course, inflation at 7.1% is still far above the Fed’s stated target rate of about 2%.

Americans haven’t seen inflation near this year’s levels since the late 1970s – it peaked at nearly 15% in 1980. It’s not that high today, but we still don’t want the prices of things we buy to be rising more than 7% a year.

And Powell doesn’t either.

He seems to be channeling former Fed Chairman “Tall Paul” Volcker, who in the early 1980s raised the Fed’s target interest rate to nearly 20% to wring stubborn inflation out of the U.S. economy. He’s been lionized for doing so. 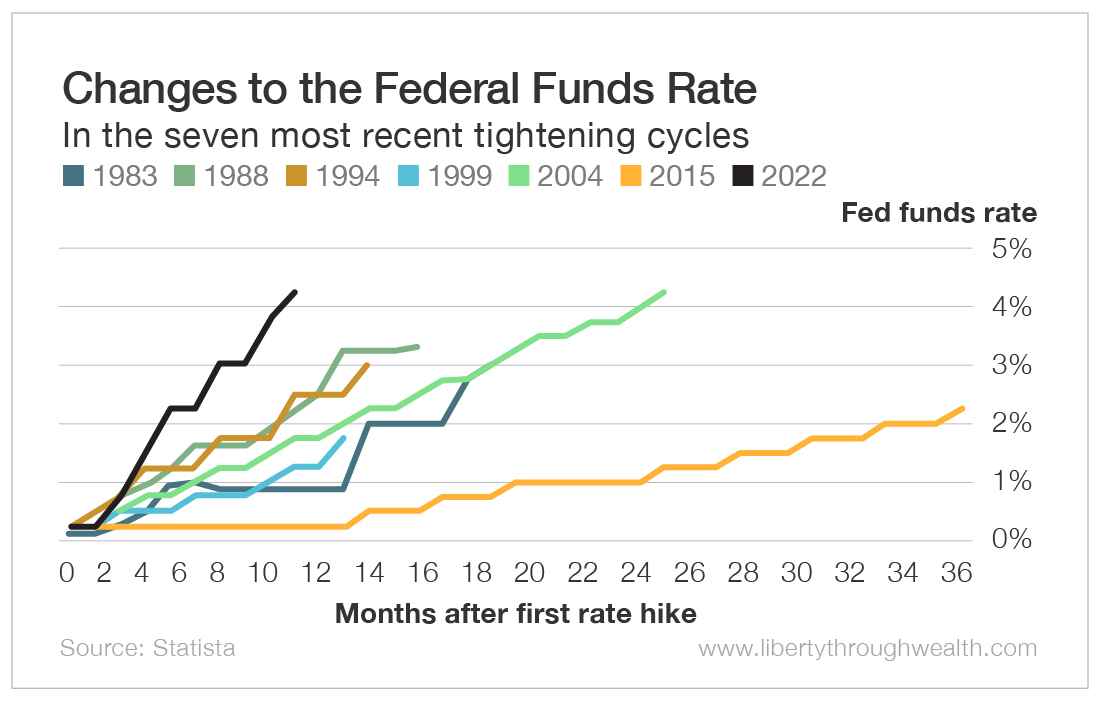 In fact, Powell seems to be trying to “out-Volcker” Volcker (Volcker’s rate path is the dark blue line).

But this is not the 1970s or ’80s, or any other inflationary era for that matter (each is unique, of course).

Sure, there may be too much consumer demand now compared with supply – just as there was then.

But there has also been a global pandemic that severely constricted the supply of goods and services, a massive lockdown in the second-largest economy and manufacturer to the world (China), and a hot war in Europe.

Higher interest rates will do nothing about those three issues.

At his press conference last week, Powell was asked whether the Fed might change its target inflation rate… perhaps shoot for inflation of 4% or so – which is much more realistic next year than 2%.

“We’re not considering that. We’re not going to consider that. Under any circumstances,” he responded.

Pushing inflation all the way down to the Fed’s stubborn 2% target could take a lot of time.

But from the chart above, it seems Powell wants to get back to 2% next year.

Doing so would likely crash the U.S. economy and tank the stock market, put untold numbers of people out of work, and – due to the central position of the dollar in the global economy – do enormous damage to many other countries.

The Fed needs an endgame other than “achieve 2% inflation next year or die.”

Let’s hope Powell realizes that before it’s too late…

Gratitude: The Antidote to the Hedonic Treadmill

The World’s Greatest Wealth Creator (and Its Critics)

The Devil Is in the Details on the...