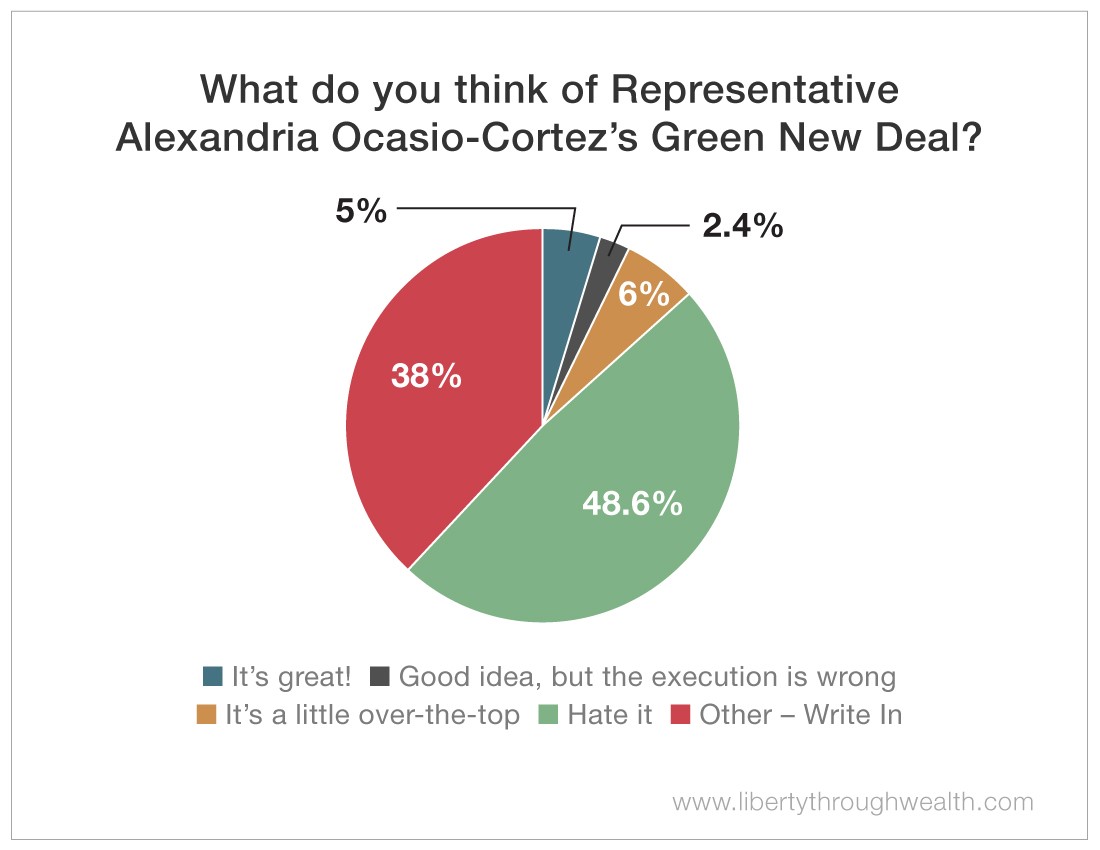 Someone More Polarizing Than President Trump…

I think most Americans would agree that the election of President Donald Trump left our county divided.

Even the survey we ran to Liberty Through Wealth subscribers in October returned some polarized results.

But it’s important to note, as not many people do, that politicians on the far left can be just as, if not more, polarizing.

This self-identified democratic-socialist is the brand-new U.S. representative for New York’s 14th congressional district. And she’s already making quite a name for herself.

First and foremost, many attribute Amazon’s controversial decision to pull out of the New York City deal to Ocasio-Cortez. She’s also responsible for reigniting the debate to impose a 70% tax rate on the super-rich. But it doesn’t stop there…

In fact, many of her suggested policy changes – including offering free healthcare for all, legalizing marijuana and abolishing the Immigration and Customs Enforcement agency – garner very mixed (and passionate) responses.

Our own readers are much more unified in how they feel about Ocasio-Cortez, with most believing her Green New Deal to be “laughable and dangerous.”

Whether that’s because we don’t want to stop eating steak or to start taking trains to Hawaii, we can agree President Donald Trump isn’t the only politician ruffling feathers.

And the mere rhetoric of these politicians, beyond their actions and laws, could eventually come to affect not just our wallets but also our lives.

Just ask the people in the Bronx.

These Charts Are Worth a Thousand Words… and Millions of Dollars

Talk About a Long Shot

Our Top 8 Investing Books for Everyone