Editor’s Note: In the battle of humans versus computers, we all know who wins, right? And it turns out computers aren’t just great at beating us at chess and Jeopardy… They also beat us at investing. 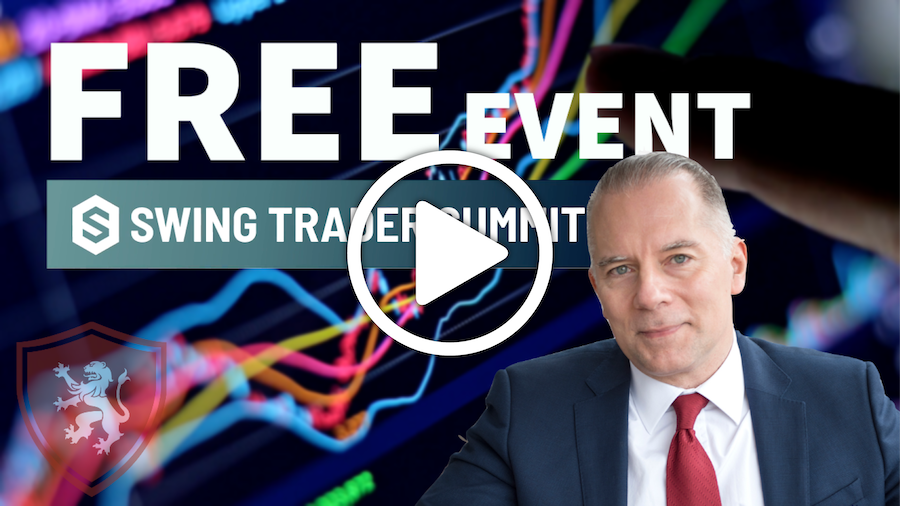 Luckily, Nicholas Vardy has discovered how to harness the power of data and algorithms to create a brand-new trading system. Read on to see what he has to say about the battle of man vs. machine, then join him for a special Swing Trader Summit on Wednesday, May 20, at 1 p.m. ET. It’s completely free – just click here to register.

Over the past 10 years, a battle between man and machine has been raging on Wall Street.

And today, the verdict is clear.

The machines have won.

The biggest and most liquid financial markets in the world are now traded mostly by computers with little, if any, human intervention.

Fifteen years ago, star traders who swung for the fences ruled the hedge fund roost. Today, these alpha traders have ceded control to thousands of anonymous “quants” – quantitative analysts – armed with PhDs.

Just how valuable are these secretive trading algorithms to quant funds?

Hedge fund giant Citadel recently sued one of its former employees for stealing its “ABC” trading algorithm that it had developed at a cost of $100 million.

What does all this have to do with you, the small investor?

As it turns out, thanks to the democratization of computing power…

You are in a far better position than giant quant funds to generate double- and triple-digit returns using cutting-edge quantitative strategies.

And as The Oxford Club’s Quantitative Strategist, I can show you how.

The Advantages of Quantitative Investing

No. 1: Computers are smarter than humans.

Investors have always sought to gain an edge.

In the 15th century, traders in Venice used telescopes to identify the flags of incoming ships, deriving clues about their cargo to buy and sell commodities.

In 1815, Nathan Mayer Rothschild is said to have used carrier pigeons to learn about the outcome of the Battle of Waterloo ahead of other investors. That edge made him a fortune.

George Soros credited his early success investing in European stocks in the 1960s to being a “one-eyed king among the blind.”

Computers can parse, analyze and integrate data like no human can. They recognize profitable patterns invisible to the human eye.

Tesla was among the most shorted stocks on Wall Street.

No analyst trained in traditional fundamental investing would have dared to place the bet Renaissance did.

But Renaissance’s algorithms knew something fundamental analysts didn’t. And it made more than $1.5 billion on that single trade.

That’s more than what George Soros made in 1992 when he famously “broke the Bank of England.” It also made Renaissance’s bet on Tesla one of the greatest trades ever.

Russia’s Garry Kasparov was the world’s No. 1 chess player for almost 20 years. He is best known in the U.S. for losing a chess match to IBM’s supercomputer Deep Blue in 1997.

Machine has beaten man many times since then.

Computers can process information at the speed of light. They don’t get tired or make mistakes.

It takes only one mistake for a human chess player to lose a match.

The same reasoning applies to human decision making versus quant algorithms in the world of investing.

In contrast, quantitative algorithms aren’t human. They are immune to fear, greed or any other feeling. They are indifferent to Mr. Market’s mood swings.

That’s why investing against machines is like playing chess against a computer.

Yes, you may beat the computer occasionally. But in the long term, you’re playing a loser’s game.

Yet Wall Street’s quant funds have an Achilles heel.

Quant funds have gotten too big for their investment britches. They struggle with entering and exiting their positions.

But as a small investor, you can buy and sell positions with a few clicks of a mouse.

The ability to play the options market gives you the kind of potential upside Wall Street’s big quant funds can only dream about.

Today, quant investing is far more accessible to the small investor than you may realize.

I designed my first quant trading system for the very first investment fund I managed in the 1990s. I had to load an IBM PC with the historical data from a CD. It was only then that I could screen stocks, generate charts and back-test systems.

Today, I have access to far more sophisticated software. PhDs at the world’s top hedge funds would have spent tens of thousands of hours developing similar programs 20 years ago.

Over the past eight months, I’ve been developing several short-term “swing trading” systems to profit from short-term moves in the market.

On May 20, I am launching Oxford Swing Trader, my newest trading service with The Oxford Club.

If you want to learn more, join me on Wednesday, May 20, at 1 p.m. ET for my special Swing Trader Summit. I’ll be sharing the details of my swing trading strategy that makes money in up, down and sideways markets.

For a preview of this exciting event, make sure to take a look at my latest video update.

How to Master Your Emotions and Make Good Investment Decisions