In my last two columns, I’ve discussed the value of “Conscious Leadership,” as defined by Whole Foods founder and CEO John Mackey in his new book of the same name.

Conscious leaders connect people to purpose and hold themselves – and their organizations – to the highest ethical standards.

How do you become a conscious leader?

It begins with a robust commitment to self-improvement.

Before we can consciously lead others, we have to learn and grow ourselves.

Franklin formulated a system of 13 virtues – he called it the “path to personal perfection” – and concentrated on developing just one virtue each week.

Franklin found it difficult to meet his own high standards, writing, “I was surprised to find myself so much fuller of faults than I imagined.”

Yet he remained committed to incremental improvement and – over a period of years – those virtues became second nature, part of his character.

And John emphasizes that it can be developed only through meaningful experiences and deep reading.

We live in a data-rich, news-saturated age. Throw in social media and most of us are swimming in a sea of trivial, meaningless and even false information.

To break free of this, John writes that “We must dive more deeply into the long-form article, the absorbing book, the engaging documentary, the enriching dialogue, the inspiring inquiry, the edifying conversation. It means committing to depth – going beyond the superficial and seeking out the substantive.”

Before you can inspire others, you have to become a more mature, more self-aware individual yourself.

The challenge is to rise up and become a more evolved person. Only then can you inspire others.

Over the course of the past three columns, I’ve described conscious leadership, what it is, what it does, and even pointed out publicly traded companies that exemplify it, including Amazon (Nasdaq: AMZN), Apple (Nasdaq: AAPL), Starbucks (Nasdaq: SBUX) and Tesla (Nasdaq: TSLA).

(All high-returning investments, by the way.)

Conscious leadership is not just about business, however. It informs every aspect of our lives.

The Humane Society, the Nature Conservancy and Doctors Without Borders also typify it, for example.

We can all become conscious leaders, whether we’re businesspeople, investors, teachers or parents.

First, by setting an example. Second, by connecting people to purpose – and making them feel appreciated.

I’ll leave you with one of my favorite examples of conscious leadership.

It’s from Forbes columnist Rich Karlgaard and excerpted in my book The Secret of Shelter Island: Money and What Matters.

Karlgaard relates a story he was told by Nancy Ortberg, an emergency room nurse who was finishing up work one night before heading home:

The doctor with whom I loved working was debriefing a new doctor, who had done a very respectable, competent job, telling him what he’d done well and what he could have done differently.

The older doctor said, “His name is Carlos. He’s been here for three years. He does a fabulous job. When he comes in he gets the room turned around so fast that you and I can get our next patients in quickly. His wife’s name is Maria. They have four children.” Then he named each of the four children and gave each child’s age.

The older doctor went on to say, “He lives in a rented house about three blocks from here, in Santa Ana. They’ve been up from Mexico for about five years. His name is Carlos,” he repeated. Then he said, “Next week I would like you to tell me something about Carlos that I don’t already know. Okay? Now, let’s go check on the rest of the patients.”

Ortberg recalls: “I remember standing there writing my nursing notes – stunned – and thinking, I have just witnessed breathtaking leadership.” 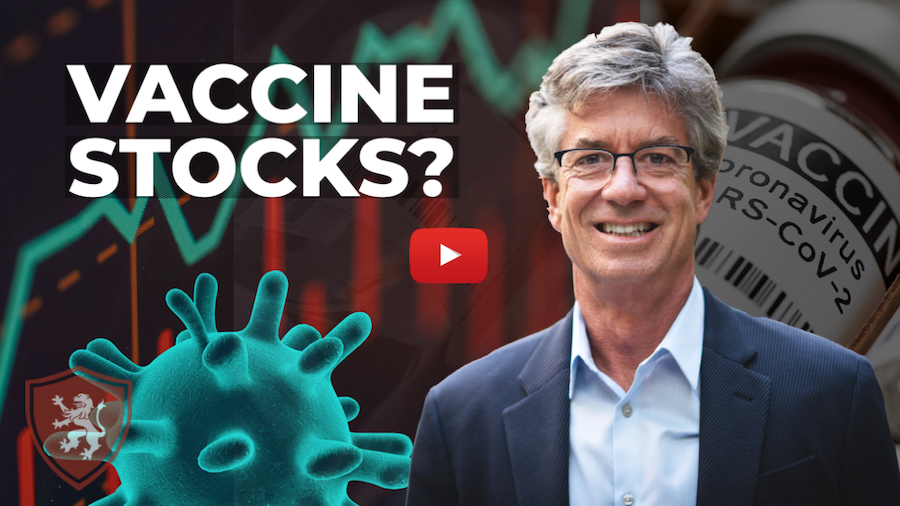 To Increase Your Returns… Check These Biases

The Tyranny of the Negative Headline

How This Value Investor Made a Fortune in...