A new Bank of America report reveals that investors have poured more money into global equity funds in the last five months than they did during the prior 12 years combined.

They are optimistic about the economy.

Ask them why and they’ll tell you that the pandemic is receding, the economy is reopening, and Uncle Sam is stoking the recovery – and financial markets – with ultra-low interest rates and trillions in new spending.

The rub, as legendary investor Bernard Baruch observed, is what everyone knows isn’t worth knowing.

You gain an edge in the market by recognizing what other investors don’t see, not what they do.

Many folks today take the favorable economic outlook – which I’ve commented on here myself – as a reason to get fully invested… after the market has climbed 90% over the last 13 months.

That’s the kind of return the S&P 500 generally generates over a decade, however, not a year.

Yet the momentum is drawing people off the sidelines and into the game.

A recent survey from the American Association of Individual Investors shows that 57% of investors have a bullish outlook for the stock market over the next six months.

They may well be right.

Everything from factory orders to jobs reports to retail sales indicates that we may see 8%-plus growth in the economy this year.

That wouldn’t just be exceptional. It would be the best performance since the 1950s.

Unfortunately, there is no short-term correlation between economic growth and stock market performance.

If that sounds surprising, consider how stocks performed over the last year, despite shelter-in-place orders, business lockdowns and the biggest spike in unemployment since the Great Depression.

The stock market is a forward-looking indicator.

In the depths of last year’s bear market, smart investors realized that we would pull out of that power dive… and began bidding stocks higher.

Now they look ahead and see a barn burner of a recovery. And – again – they may be right.

As I try to make clear in these columns, it simply isn’t possible to accurately and consistently forecast annual GDP growth or the short-term twists and turns in the market.

You should know, however, that extreme market sentiment is a contrarian indicator.

In the late ’90s, for instance, investors correctly realized that the internet would change everything.

But that didn’t mean everything e-commerce-related was worth buying.

Without dividends, earnings, sales or much tangible book value, they traded on nonsense metrics like “eyeballs” and “web hits.”

I see the same kind of mania today in cryptocurrencies.

Yes, digital currencies and the blockchain are real innovations that we’ll build on for years to come.

But that doesn’t mean Dogecoin – a cryptocurrency created as a joke – should be worth $50 billion, as it was last week, more than Ford Motor Company (NYSE: F) or Marriott International (Nasdaq: MAR).

Alan Greenspan should have waited until now to talk about “irrational exuberance.”

We saw another type of extreme market sentiment in March of last year. Abject pessimism was combined with extremely low valuations.

From there, equities skyrocketed.

Now, of course, the situation has reversed.

How do you handle this scenario?

I will detail both in Monday’s column. 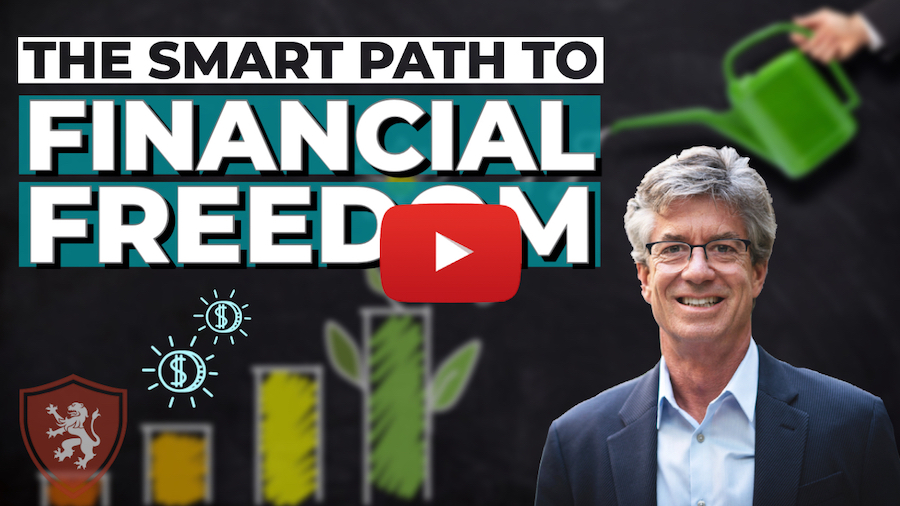