Editor’s Note: Today, our friend Bryan Bottarelli from Monument Traders Alliance shares details on two stocks set to benefit from the “deglobalization” trend we are seeing in the markets.

And if you are looking for more trading ideas like this, Bryan and his team have a special offer you must check out.

Next week (May 9-13), you can get an entire week of FREE access to their real-time trading platform, The War Room.

At their last open house, they closed out 20 trades – and all of them were winners!

Don’t miss your chance to score more winning trades… and join the community traders are raving about.

Larry Fink is one of the founders of BlackRock (NYSE: BLK), the world’s largest investment management firm.

As you read this, it has nearly $10 trillion under management.

So when Fink talks, investors around the world listen.

In his annual investor letter, which was released last week, Fink made a bold statement. He said…

The Russian invasion of Ukraine has put an end to the globalization we have experienced over the last three decades.

Of course, nobody believes that the global economy will turn on a dime. However, when it comes to globalization, it’s easy to see how the Russia-Ukraine war could trigger a situation where countries reprioritize where their resources originate. And that could mean going back to local production.

As traders, let’s extrapolate from this a step further.

If Fink is right – and globalization is indeed on the way to being deemphasized – then the U.S. and Europe could soon find themselves transitioning away from geopolitically risky sources of oil and natural gas.

This means that U.S.-based shale producers could become more “in play” than ever before.

So today, I’d like to highlight two U.S.-based shale producers that could be beneficiaries of this transition. 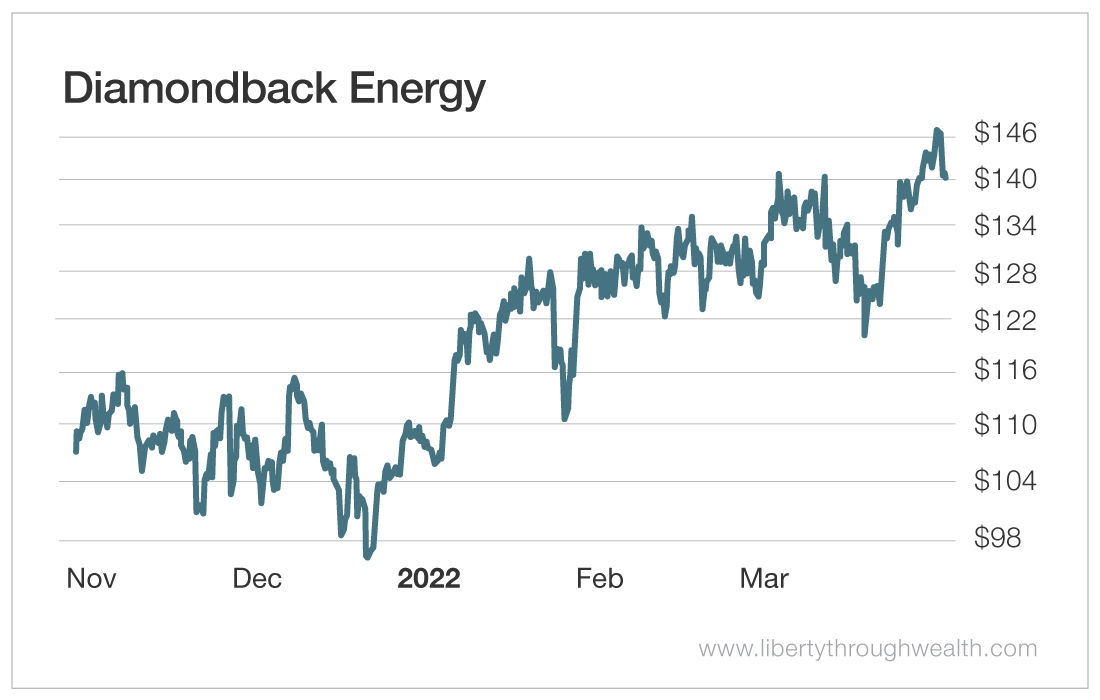 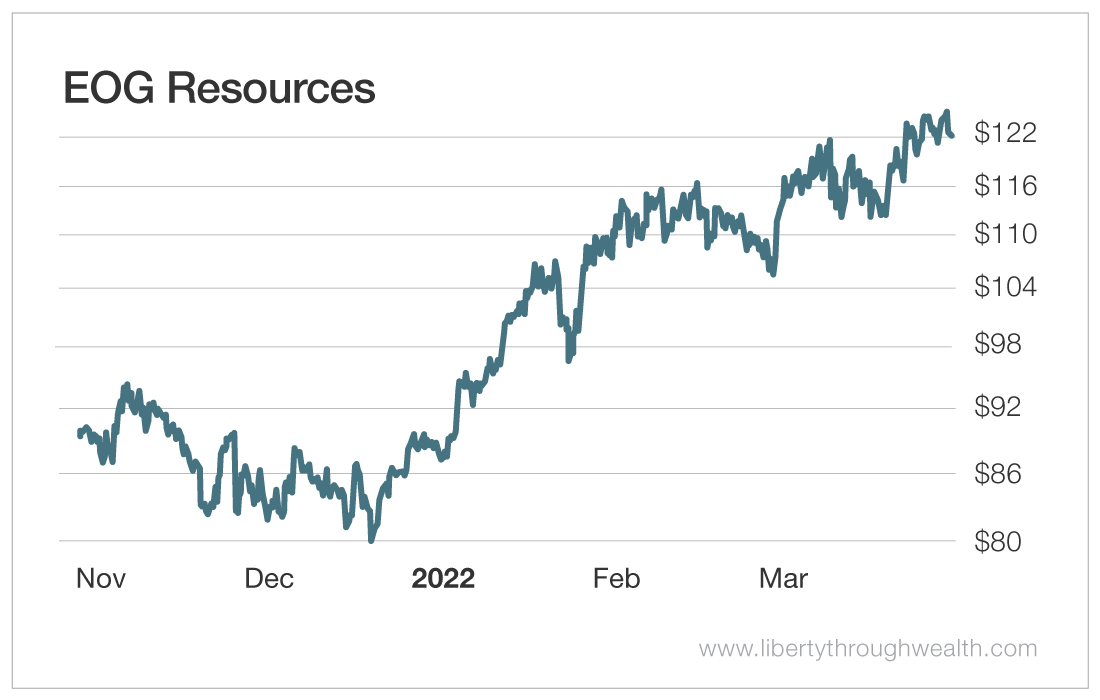 Here’s a brief description of each company…

Diamondback Energy focuses on the acquisition, development, exploration and exploitation of unconventional and onshore oil and natural gas reserves in the Permian Basin in West Texas and New Mexico. As of last December, it had estimated proven oil and natural gas reserves of 1,788 million barrels of crude oil equivalent, plus working interests in 5,289 gross producing wells.

Investing in Diamondback and EOG could be a fantastic way to position yourself if the Russian invasion marks the beginning of the end of globalization.

Of the two names, EOG is the one I like best because of its technology.

For example, Investor’s Business Daily just called EOG the “Apple of oil” because, over the last two years, EOG has developed 20 mobile apps that allow workers to stay connected to data from 5,000 horizontal wells day and night.

EOG’s chief information and technology officer, Sandeep Bhakhri, said that this technology is “a major game changer. We call it having a control room in your pocket.“

Of course, oil companies have been collecting drilling data for nearly 30 years, but in just the last two to three years, EOG has developed the ability to access real-time data, which allows the company to steer drill bits into the most productive parts of the rock. That’s why the “Apple of oil” should now have a place in your portfolio.

Then I invite you to join our upcoming War Room Open House taking place next week.

From May 9-13, you can access our real-time trading chat room and get all insights and trading ideas for FREE.

There are 541 earnings announcements planned for next week.

These are the BEST opportunities for my FAVORITE trading strategy: Overnight Trades.

It’s going to be a MONSTER week.

All you have to do is RSVP HERE.

Yours in smart speculation,

How to Profit From the Looming Collapse of China

Why the Best Fund Managers Can’t Beat the...

Open Your Eyes to These Wealth-Building Signs