A monopoly is the best… but a duopoly comes in as a close second.

There are few global industries that are controlled by just one or two entities. It’s a testament to the spread of capitalism around the globe. Back in the 19th century, the rule of the day was to control a market and mint money.

The 20th and 21st centuries are proving to be more challenging – unless you are either Boeing (NYSE: BA) or Airbus (OTC: EADSY).

These two companies dominate the aircraft manufacturing industry. No one else even comes close to their almost complete domination of the world’s commercial and cargo plane market.

And now, thanks to the pandemic, poor quality control and a couple of really horrific accidents (as well as management’s poor response to all of those things), you have the chance to buy into Boeing on the cheap.

At its current price in the $170s, Boeing is trading at nearly half its all-time highs. 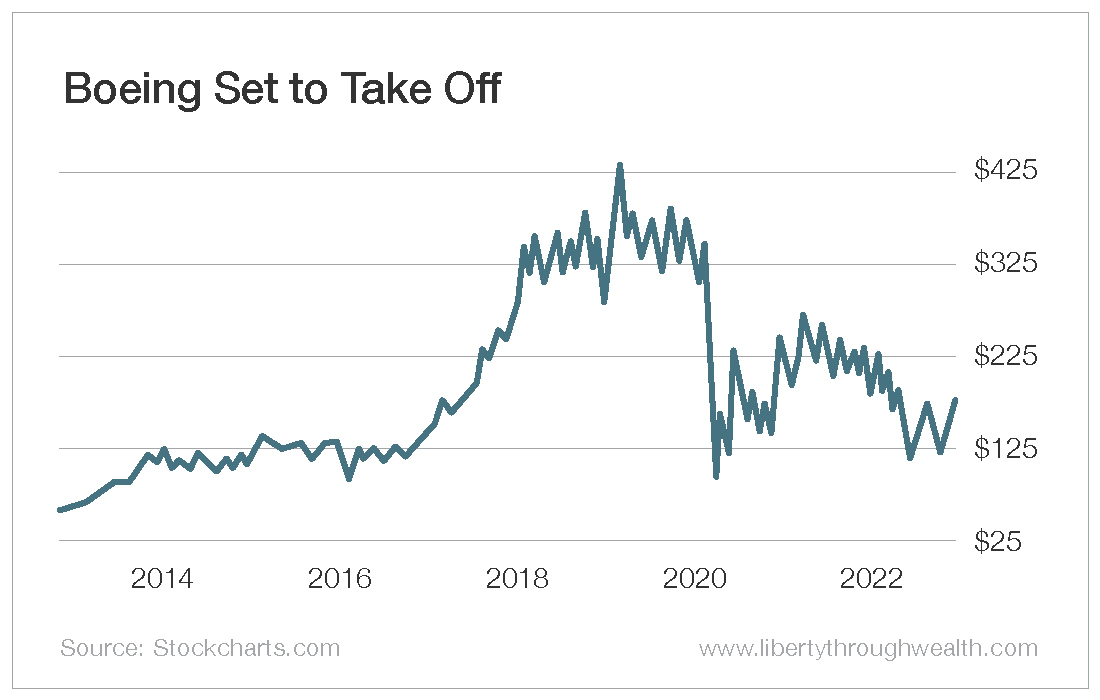 Meanwhile, air travel is rebounding and airlines are flush with cash and ordering planes.

I’ve been pounding the table on Boeing in Trade of the Day Plus, where members are up over 20% in a matter of a couple of months in this down market. And War Room members get a regular dose of “Boeing is cheap” as well.

Now Boeing itself is starting to rev up the engines, projecting a bullish outlook in public presentations to analysts.

Still, it takes more than a couple of nice words, some analyst upgrades and a good story.

The “final piece” came last Tuesday evening when Boeing’s CEO, David Calhoun, filed a Form 4 with the Securities and Exchange Commission, showing that he bought $4 million worth of Boeing stock on the open market at $158 per share.

When an insider of a major public company is willing to put up so much of his own money to buy shares on the open market, it’s time to pay attention.

I suggest you wait for shares of Boeing to pull back to $158 or lower… and then join him! After all, insiders buy stock for only one reason: They think the shares are going higher!

The Booming Market Behind Fractional Ownership