Warren Buffett is an icon of American capitalism.

His folksy, self-deprecating manner has contributed much to his status as the ultimate American capitalist success story.

He’s even called the annual meetings of his investment company, Berkshire Hathaway, “Woodstock for capitalists.”

Here was a charming but ordinary guy based in America’s heartland who made his $86 billion fortune by beating Wall Street at its own game.

Buffett credits much of his success to his homeland. “Being born in the United States is more important to my success than anything that has happened since.”

Yet there is a terrific irony about Buffett’s success.

On the one hand, every dyed-in-the-wool capitalist stresses the importance of competition.

On the other, Buffett’s own writings confirm that he’s spent his life avoiding competition at all costs.

As he puts it, “The nature of capitalism is that if you’ve got a good business, someone is always wanting to take it away from you and improve on it.”

No wonder Buffett and his business partner Charlie Munger have worked so hard to avoid investing in companies that have to face competition every day.

Instead, their primary focus has been on investing in companies that are as near to monopolies as possible.

When asked what Berkshire’s ideal business was, Buffett’s reply was brief and to the point: “High pricing power, a monopoly.”

Monopolies have terrific pricing power and profit from customers who don’t have an alternative.

Buffett has likened owning a monopoly to owning an unregulated toll bridge. You have relative freedom to increase rates when and as much as you want.

What does a monopoly feel like as a consumer?

Just try changing your cable service provider. If you’re like 75% of Americans, you can’t.

According to the nonprofit Consumer Federation of America, cable companies overcharge the typical household about $540 per year.

Monopolies may have a bad reputation among consumers.

But they make great investments. Once a company has a strong market position, the profits just roll in.

Buffett has always been candid about his disdain for competition…

He’s just been particularly clever in rebranding his anti-competitive bias into something more palatable.

You see, Buffett has focused on wide moats throughout his career.

One of his very first investments was his 1977 purchase of The Buffalo News – a newspaper with no competition. 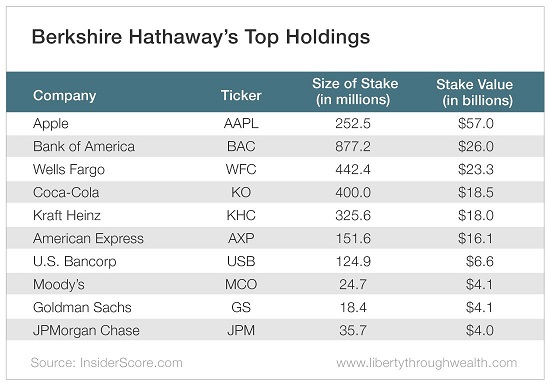 All this highlights the greatest irony about America’s most successful capitalists.

He made his remarkable fortune by avoiding it at all costs.

Yet Another Reason the Doomsayers Are Wrong