After a turbulent year in 2020 – even as investors around the world were losing their heads – you kept your cool.

You understood that the market sell-off in March 2020 was a gift from the market gods.

In time, COVID-19 came and went. The final death toll was a far cry from the Spanish flu of 1918 with its 50 million victims.

The U.S. stock market had fallen through the floor in March, wiping out five years of gains in five weeks. Warren Buffett‘s Berkshire Hathaway (NYSE: BRK-B) suffered a 50% drawdown for the fourth time in its 54-year history.

Market hysteria in the U.S. peaked in April. Slowly but surely, the panic abated as the growth in the number of cases slowed.

By June, U.S. stocks had steadied. Global financial markets embarked on a ferocious bull run. And you were well on your way to making a “bloody fortune.”

Today, your investment portfolio is chock-full of 10-baggers – stocks that soared tenfold from the market bottom.

You didn’t just turn lemons into lemonade. You turned lemons into a bottle of Dom Pérignon.

You understood that the COVID-19 market sell-off offered a once-in-a-lifetime opportunity.

Baron Rothschild, British nobleman and member of the Rothschild banking family, famously advised to “buy when there’s blood in the streets.”

You knew that if you played your cards right, you could make a “bloody fortune.”

You understood the three things that mattered.

No. 1: Human and Market Psychology

You knew that psychology was the key to recognizing – and profiting from – the market sell-off.

You worked hard to manage your psychology. You never panicked. You followed the advice “keep calm and carry on.”

You also understood the psychology of the market.

Financial markets are driven by fear and greed. You were determined to position yourself to take advantage of this rare opportunity.

You also knew your financial history.

You had read about famous historical financial panics in Edward Chancellor’s Devil Take the Hindmost: A History of Financial Speculation.

You had lived through other panics in your life as well.

You’d observed Russia in 1998. You’d experienced the dot-com bust of 2000. You lived through the global financial crisis of 2008.

You had seen this scary movie before.

As others panicked, you already knew the punch line: “There’s never been a correction that did not end.”

No. 3: The Right Investment Strategy

You knew that at times like this, having an investment philosophy is far more critical than staying glued to the latest financial headlines.

You implemented a two-step strategy.

The market had never been so volatile – not even during the global financial crisis of 2008. Limiting your losses became your primary focus. The preservation of capital became your No. 1 objective.

You had to make sure you’d stay alive to play another day.

You stuck to your stops religiously. You moved your money to bonds. You even bet against the market using short exchange-traded funds.

Step 2: Position yourself for success.

You studied how investors before you had made their fortunes coming out of bear markets. You positioned yourself to hit home runs.

You invested in bombed-out stocks. You identified leveraged ETFs in sectors that were crushed during the market sell-off. You focused on assets of all stripes that had tumbled as much as 80% to 90%.

Only then were you ready to pounce. But when you did, you had the courage to bet big.

Yes, COVID-19 stole a chunk of your life. But in return, it allowed you to achieve a life of financial freedom.

And you’re grateful that you took advantage of it.

In the coming weeks, I’ll be sharing with you some of my blood-in-the-streets investment ideas. Don’t think of these as formal investment recommendations. Think of them as kernels of insight you can mull over during these uncertain times.

Only a month ago, analysts were criticizing Warren Buffett for not putting Berkshire Hathaway’s $128 billion cash pile to work. After the pandemic-driven market sell-off, Buffett’s decision to sit on cash now seems prescient.

I previously described Berkshire’s cash pile as a “free option” on Berkshire’s ability to buy blue chip stocks when they go “on sale.” Well, that moment has arrived – and quicker than even Buffett himself could have imagined.

Buffett’s mantra is “Be greedy when others are fearful, and fearful when others are greedy.” So I would be surprised if I learned Buffett hasn’t been putting a good chunk of his $128 billion to work in recent weeks.

Bottom line? I’m betting that Berkshire Hathaway will have a monster year after the global financial markets settle. And that makes it an excellent blood-in-the-streets stock. 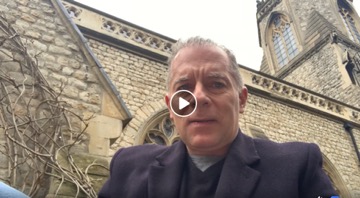