Daymond John was a featured speaker at an Oxford Club conference a few years back.

You may know John as the founder of Fubu, an urban clothing line, or as a long-standing investor on Shark Tank, the ABC reality television show.

John grew up poor in Hollis, Queens, and soon realized he would never get rich working 9 to 5.

He noticed that wool ski hats were popular but overpriced and started making them in his mother’s home and selling them for $10 apiece.

He made $800 the first day – and quickly moved on to selling screen-printed T-shirts.

It is likely he would have become at least modestly rich following this path. But he had bigger dreams and relentlessly pursued rapper LL Cool J – who did not know Daymond John from Adam – and browbeat him into posing for a picture wearing a Fubu hat.

John later mortgaged his home for $100,000, using half for his living space and turning the other half into a factory.

After much sweat and struggle, Fubu took off…

Today his clothing line has generated more than $6 billion in worldwide sales. John’s personal net worth is $350 million.

A few words during his talk summed up his path from poverty to success: “Responsibility cannot be given. It must be taken.”

Ambitious people don’t wait for responsibility to be assigned. They grab it by the collar and make things happen.

We don’t live in a land of opportunity. There is no such thing as the American Dream.

And the notion that we live in a meritocracy?

And lately they’ve been taking an even more aggressive line, arguing that the well-to-do in this country – including the upper-middle class – are systematically holding everyone else back.

Take a look at Matthew Stewart’s “The 9.9 Percent Is the New American Aristocracy.” (The article appeared as the cover story in the June 2018 issue of The Atlantic and is expounded in Stewart’s upcoming book.)

Stewart says economic inequality in this country is creating a toxic class divide that is fast becoming unbridgeable.

That may be true. But you will still be surprised to learn that you are the problem.

By you, Stewart does not mean all of us. Nor does he mean the ultra-rich one-tenth of the 1% (which he calls “flamboyant political manipulators”). He means the typical reader of Liberty Through Wealth, the other 9.9% of us in the top decile of U.S. household net worth.

According to the latest government figures, it takes just $1.2 million – including home equity – to qualify for this group.

If you’re reading an investment column like this, you’re probably already there, getting closer or plan to get there soon.

Our audience includes professional people – doctors, lawyers and engineers – as well as small-business people and ordinary workers who save and invest.

Most have strived diligently, made sacrifices and risked their hard-earned savings to achieve what they have.

But Stewart sees things differently: Your success is actually due to good genes, lucky breaks, “choosing the right parents”… or buying a congressman.

And he’s just warming up.

The meritocratic class has mastered the old trick of consolidating wealth and passing privilege along at the expense of other people’s children… Our delusions of merit now prevent us from recognizing the nature of the problem that our emergence as a class represents.

Stewart sees the economy not as voluntary transactions for mutual benefit but as a zero-sum game where one person’s gain has to be someone else’s loss.

Every piece of the pie picked up by the rich, he insists, comes “from the people below.”

Bear in mind that “the rich” includes every household in the country with a net worth of $1.2 million or more. (A policeman married to a teacher for 30 years could easily qualify.)

Stewart rightly points out that the poor are far more likely than the rich to get divorced, live in a dangerous neighborhood, develop heart disease or diabetes, and have their kids rejected by the college of their choice.

Yet in each case, he argues, it’s not their fault… it’s yours. They are helpless victims of the upper class.

“We’re leaving the 90 percent and their offspring far behind in a cloud of debts and bad life choices,” Stewart declares, “that they somehow can’t stop themselves from making.”

I call this inverse responsibility. (You might call it Bravo Sierra.)

The path to riches lies in ignoring nonsense like this and adopting an entirely opposite point of view.

One I’ll describe in my next column…

P.S. As you may already know, I’m currently traveling with The Oxford Club on our Wealth, Wine & Wander Retreat through Amsterdam, Normandy and Paris. Follow along with our adventures on the Club’s Facebook and Instagram pages.

And if you’re interested in attending one of our excellent Oxford Club conferences like the one I mentioned above, consider attending our upcoming Private Wealth Seminar. It sold out in record time this year, but you can still attend via livestream from the comfort of home. 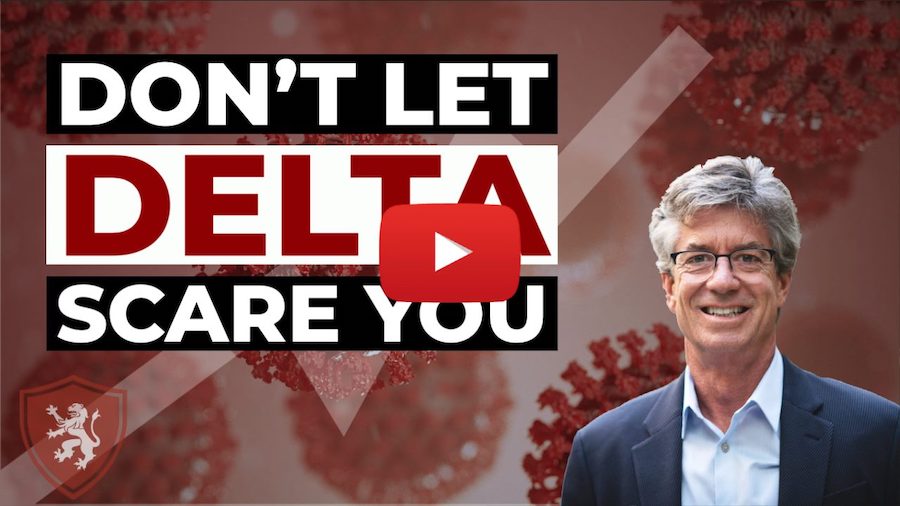 How Emotional Reactions Hurt Your Returns

Economic Inequality: Why It’s Not a Bad Thing