“Bull markets are born on pessimism, grown on skepticism, mature on optimism and die on euphoria.”
– Sir John Templeton

Like the late Sir John Templeton, I’m a big fan of contrarian indicators.

That’s because financial markets have an annoying habit of proving investors wrong.

And they do so precisely when it will cost the largest number of investors the most money.

If a stock is universally loved, investors are willing to pay a fortune.

If it’s universally hated, it is also likely very cheap.

And if you buy the stock when it’s cheap – and it survives – you can make a lot of money.

I’ve written before about how I look for stocks that are down by at least 90%.

But there are other, less quantifiable ways to identify these contrarian opportunities.

My favorite one is the “magazine cover indicator.”

The idea is simple.

By the time a negative story about a company makes the cover of a magazine, the company’s stock is likely set to soar.

The same logic applies in reverse.

Whenever a positive story about a company makes it on a major magazine cover, the stock is likely to take a big hit in the weeks and months ahead.

The magazine cover indicator is not a new idea. Even basic investment textbooks mention it.

A few years ago, three finance professors at the University of Richmond put the magazine cover indicator to the test.

They examined company-related headlines from stories in Businessweek, Forbes and Fortune magazine over 20 years.

Their conclusion confirmed the expected: Positive stories suggested that the stock’s recent price performance had peaked. Negative stories appeared right when the stock started to turn around.

The most infamous example of this?

Businessweek‘s August 1979 cover story “The Death of Equities: How Inflation Is Destroying the Stock Market.” 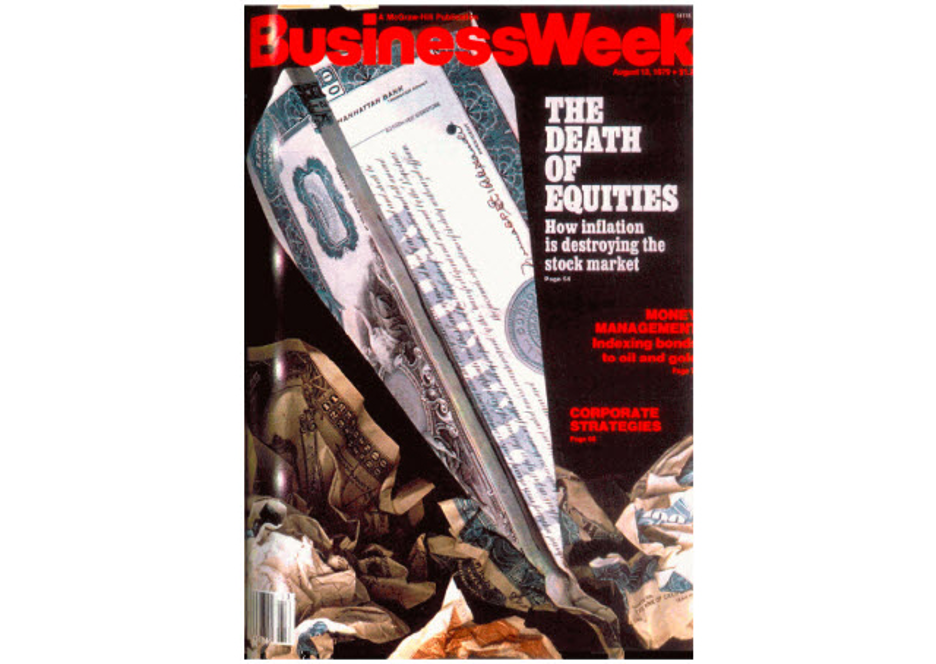 As Businessweek put it, “For better or worse, then, the U.S. economy probably has to regard the death of equities as a near-permanent condition – reversible someday, but not soon.”

What Today’s Magazine Covers Say About the Future

Today, the coronavirus dominates the headlines. So few companies are making it to the cover of magazines.

Still, magazine covers do offer an insight into market sentiment.

Take this week’s edition of The Economist – a London-based magazine that is arguably the most global publication in the world. 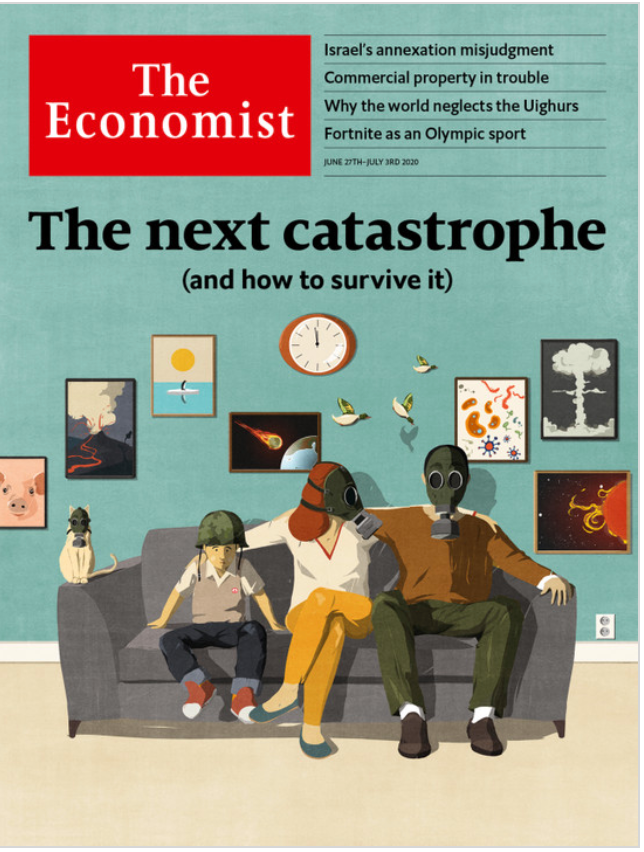 The cover highlights the (apparently imminent) “next catastrophe – and how to survive it.”

The Economist warns us to prepare for asteroid strikes and coronal mass ejections from the sun as a matter of “prudent maturity.”

The “new normal” is that the next catastrophe is just around the corner.

The Economist preaches the virtues of “prudent maturity.”

Yet many of The Economist‘s cover stories are written (disappointingly) by journalists who were writing for The Harvard Crimson just three years ago.

This is hardly a guarantee of “maturity,” prudent or otherwise.

These writers imagine the world in a kind of ahistorical vacuum and believe in neither the past nor progress.

They forget the world evolves and thrives in unpredictable ways.

The devastation that many European cities endured is remarkable. But you also gain an extraordinary appreciation for the tenacity and robustness of the human spirit. Hundreds of cities razed during World War II have been rebuilt. And most are thriving.

The historical memory of the 35,000 souls who perished and 125,000 who were wounded in the Allied bombing of the German port city of Hamburg is all but erased.

Today, Hamburg is twice as wealthy as the average European city.

A recent joke I heard suggested that if Rip Van Winkle had gone to sleep in 1945 and woken up in 2020, he would have guessed that Germany, not, say, the United Kingdom, had won the war.

After all, German cities are far wealthier than their rickety U.K. counterparts.

What’s the lesson for investors?

The world recovers from catastrophes much faster than the journalists writing magazine cover stories realize.

The implications for investors are clear.

The Economist‘s cover story just might be the buy signal long-term investors are looking for.

A Three-Step Strategy for Dealing With the Fear of Failure

Beat the Market With the “Big Five” Factors