Should You Invest in the “Most Desired Companies” in America?

Tesla is the most popular stock in America.

In a recent survey, Invezz confirmed that Tesla is the company in which most Americans want to invest.

That’s the equivalent of 171,800 online searches per day for Tesla stock.

Apple came in second with 2.6 million online searches per month.

And Amazon took the bronze medal with an average of 2.3 million online searches per month. 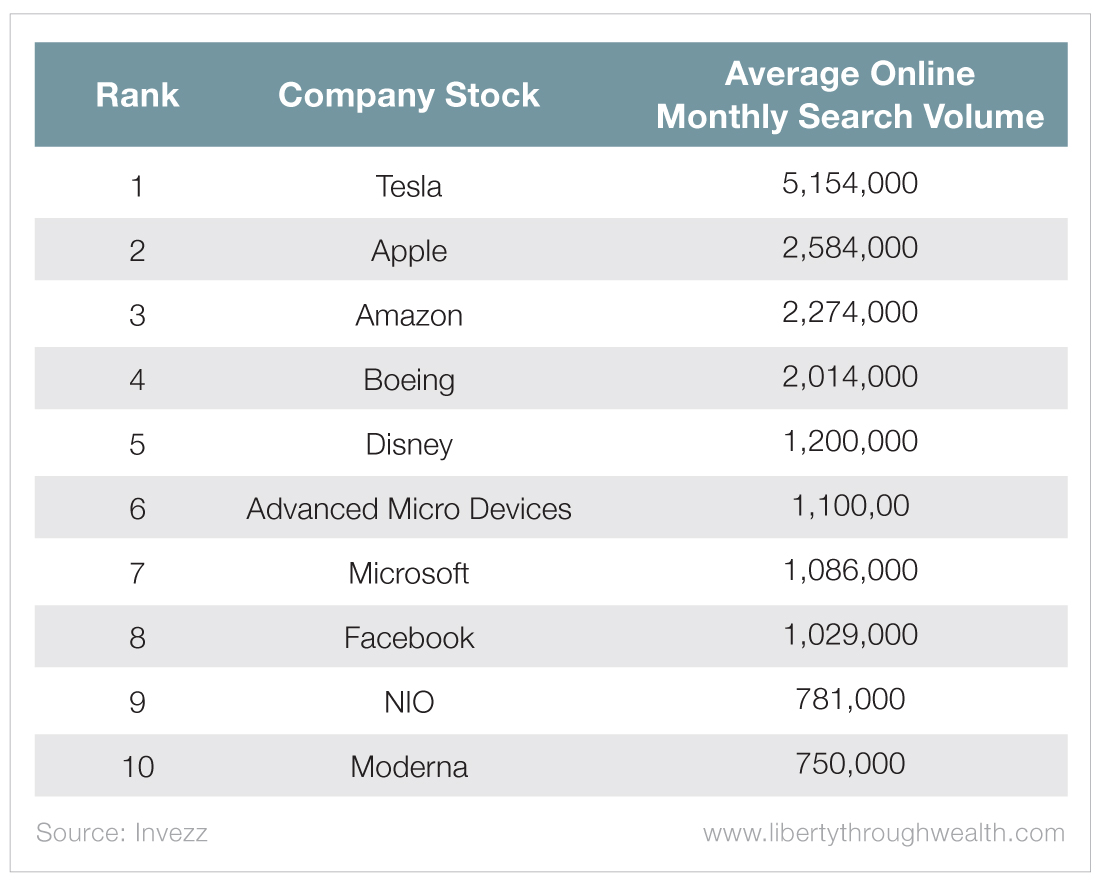 Most will look at this list and recognize a “who’s who” of the companies that dominate the financial headlines today.

And by extension, they’ll see these companies as the most desirable companies to invest in.

And can you blame them?

The names are comfortably familiar. Many other investors have them in their portfolios.

And perhaps most importantly, these investors think how much richer they would be had they invested in these companies five or 10 years ago.

This FOMO, or “fear of missing out,” is a cognitive bias that academic psychologists have identified.

And no investor would deny that it is very real.

Contrarian investors see something very different on the “Most Desired Companies” list.

For contrarians, “popular” does not mean “profitable.”

In fact, it means quite the opposite.

Contrarians take a detached look at what the crowd is doing… and then think about doing the opposite.

It’s why Mark Cuban placed a sophisticated option trade to protect his billion-dollar fortune denominated in Yahoo stock in the late 1990s.

The Curious Case of Tesla

I’m currently rereading one of my favorite investing books, Devil Take the Hindmost: A History of Financial Speculation by Edward Chancellor.

Chancellor documents a range of financial manias from the South Sea Bubble of the 1720s through the Japanese bubble of the 1980s.

If Chancellor ever updates his book, he will surely include a chapter on Tesla.

As with all financial bubbles before it, Tesla has a cultlike following. Followers see that as a guarantee of Tesla’s continuing relentless rise for as far as the eye can see.

As a student of financial history, I see the cultlike following as a reason to bet against it.

I wasn’t always this way. When I was young and dumb, I got caught up in the hype of the dot-com boom.

Alas, getting my head handed to me during the ensuing bust cured me of that affliction forever.

History teaches that “This time it’s different” are the four most dangerous words in investing.

Yet today, I hear Tesla investors say little else.

To be fair, Elon Musk is smart enough to realize that the Tesla bubble will pop.

Musk all but acknowledged as much in an email he wrote this week to his employees.

When looking at our actual profitability, it is very low at around 1% for the past year. Investors are giving us a lot of credit for future profits, but if, at any point, they conclude that’s not going to happen, our stock will immediately get crushed like a soufflé under a sledgehammer!

I expect that sledgehammer to come down hard – and far more quickly than Tesla investors can imagine.

As the old Wall Street adage goes, “The bull walks up the stairs, and the bear jumps out the window.”

The Most Hated Companies in America

Compiling a list of best-loved stocks is fun. Cobbling together a list of the most hated is far less sexy.

What do all of these stocks have in common?

Don’t succumb to the siren call of investing in only the popular stocks.

If you want to swing for the fences, identify the least popular stocks and bet big on those.

Being a genuine contrarian investor is not easy…

But history shows that, in the long run, it is far more profitable. 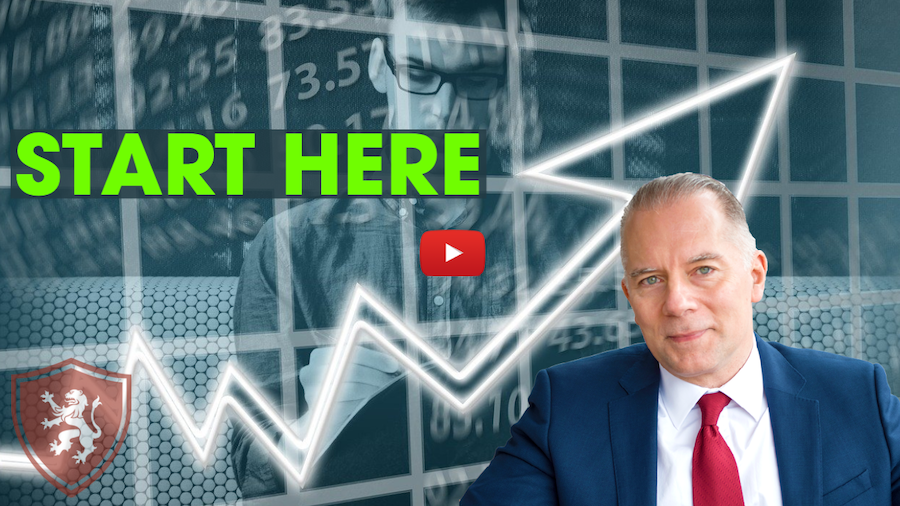 Why You Should Try Everything Once… Even When...