You may have heard of the “wisdom of crowds.”

If you gather the insights of many individuals with different perspectives…

You’ll get better answers to a question than if you rely on a single expert.

(The game show Who Wants to Be a Millionaire? recognized this and let contestants ask the audience for the answer to a question.)

I’ve often wondered whether you could apply the wisdom of crowds to investing.

What if you invested only in those stocks that a wide range of expert investors with different investment philosophies agreed on?

Well, it turns out that investment bank Goldman Sachs had much the same idea.

And today, you can access the collective wisdom of Wall Street’s smartest money with the click of a mouse through an exchange-traded fund (ETF).

The Wisdom of Crowds

James Surowiecki popularized the “wisdom of crowds” concept in his book of the same title, The Wisdom of Crowds: Why the Many Are Smarter Than the Few and How Collective Wisdom Shapes Business, Economies, Societies, and Nations (2004).

Surowiecki begins the book with the following story.

In 1906, a British scientist named Francis Galton traveled to a regional fair. There, he came across a contest that he believed would prove an interesting experiment…

A fat ox had been put on display. The organizers were charging the crowd with a simple challenge: Could any individual guess how heavy the ox was?

Not a single one guessed the correct weight of 1,198 pounds.

But after the contest, Galton requested the ticket stubs from the organizers. And when he compiled all the guesses, he found a funny thing…

While no one individual guessed the actual number, the average of everyone’s estimates was 1,197 pounds – a mere 1 pound shy of the right answer!

Opinions aggregated from a large group of individuals are generally more accurate than any single expert’s opinions.

The Wisdom of Hedge Funds

Let’s examine how this insight could apply to investing.

Investors have long been intrigued by hedge funds.

After all, top hedge funds pay their staff millions of dollars a year to identify, analyze and invest in the world’s best stocks.

No wonder hedge funds have a reputation for being Wall Street’s “smartest money.”

Many hedge funds even make their staff sign confidentiality agreements to keep them from sharing the funds’ investment secrets.

What if you – the average investor – could lift the veil of secrecy that shields hedge funds from the prying eyes of the investment public?

What if mom-and-pop investors could find out exactly which stocks Wall Street’s leading hedge funds are buying?

Well, as it turns out, you can.

Every hedge fund that manages more than $100 million must disclose its holdings to the SEC every quarter.

Thus, the top holdings of hedge funds become publicly available (though with a 45-day delay).

Say you wanted to invest in the same stocks as Bill Ackman’s Pershing Square Capital Management.

If you know where to look, you could access Pershing Square’s largest holdings as it reports them to the SEC.

Let’s take this a step further.

What if you could combine the insights of all the major hedge funds into a single investment portfolio?

And thereby tap into the collective wisdom of a wide range of different hedge funds?

Put another way, what if you could use the wisdom of crowds to invest in the top stocks of Wall Street’s smartest money?

The Wisdom of Goldman Sachs

As it turns out, this is the exact objective of the Goldman Sachs Hedge Industry VIP ETF (NYSE: GVIP).

This ETF – which you can buy at the click of a mouse – allows you to invest in hedge fund managers’ top long stock ideas.

Here’s how Goldman Sachs does it.

In doing so, it limits itself to hedge funds that hold $100 million or more in U.S.-listed stocks and 10 to 200 distinct equity positions.

Goldman then further homes in on the 50 U.S.-listed stocks that appear most frequently in the top 10 holdings of this hedge fund manager universe.

The index weights the 50 stocks equally and holds them until the next quarter, when the portfolio is rebalanced.

And remarkably, all this is available to you in the form of an ETF that charges a fraction of what top hedge funds charge.

So how has this hedge fund ETF approach fared compared with the benchmark S&P 500? 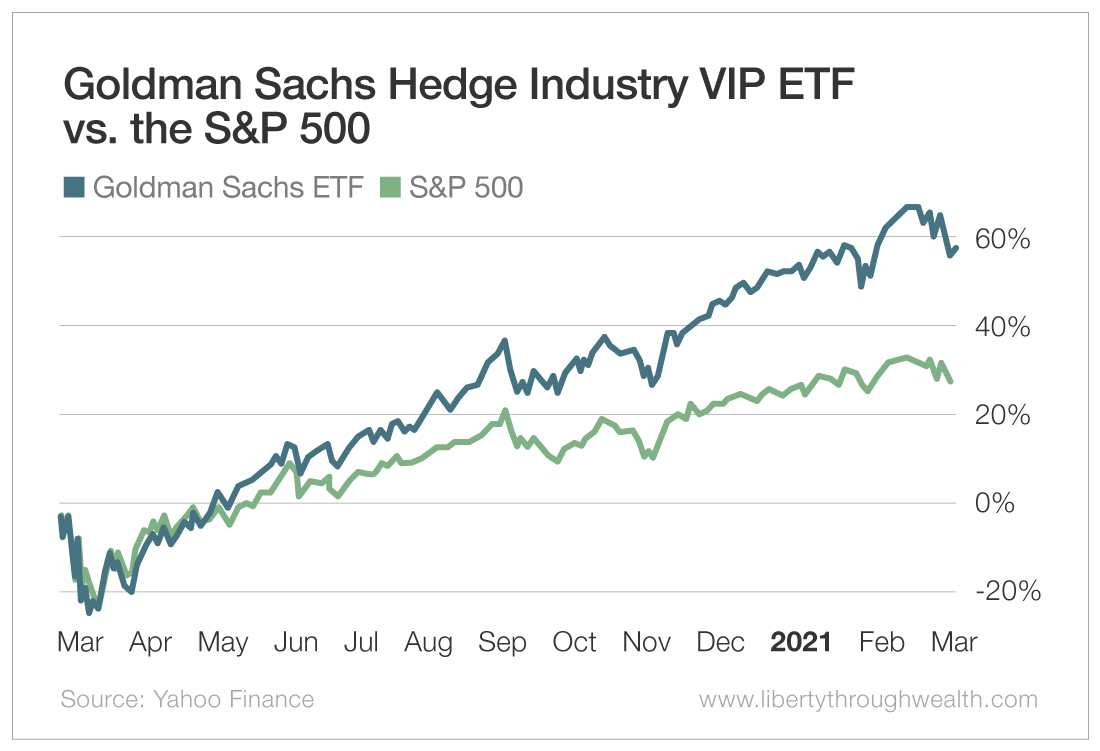 Well, since the market bottomed a year ago, the ETF has been on fire.

Will the ETF’s strong performance continue?

No one knows for sure.

But over the past 12 months of the pandemic, Wall Street’s smartest money has shined compared with the broader market.

And for those investors betting alongside Wall Street’s leading hedge funds, the wisdom of crowds proved its investment mettle. 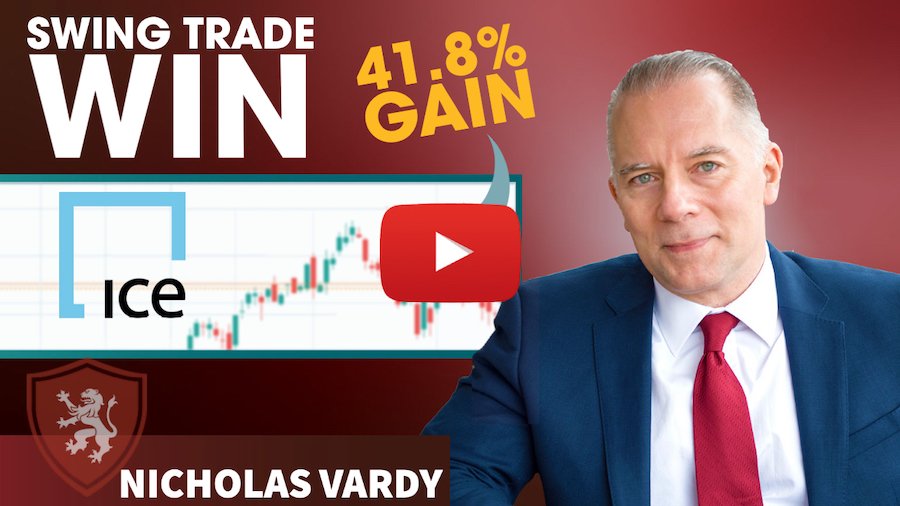 Unprecedented Money Printing Will Benefit One Asset Class Most

Profit From Market Uncertainty With a Proven Strategy

How to Take Your Net Worth From Zero…...

The Tyranny of the Negative Headline