With widespread vaccination underway, state economies reopening and life beginning to return to normal, talking heads in the media are busy describing the coming end of the pandemic – something they claimed just months ago would take years – as a triumph of government.

They caution, however, that we should brace ourselves now for the next pandemic.

They are wrong on both counts.

Science and business are primarily responsible for COVID deaths not being significantly worse. Not government.

As for the next pandemic, there may never be one.

That’s the opposite of what you hear from the mainstream media, so let me explain…

We seriously underappreciate just how much science improves and extends our lives.

We are also nearing the end of this health and economic crisis because of science.

But let me interrupt Dr. Tyson’s paean to his field to point out that scientists alone didn’t bring us these benefits.

For discoveries to become applied science and enjoyed by billions of consumers – in the form of technology, engineering and medicine – you need something else: capitalism.

But if the refs keep blowing their whistles and making bad calls, it doesn’t make things better or easier.

Yet that’s essentially what government officials did throughout the pandemic.

I’m not just referring to then-President Donald Trump insisting at a press conference in January of last year that “We have [the coronavirus] totally under control” or New York Governor Andrew Cuomo ordering hospital patients into nursing homes where they contracted COVID and died.

A recent study by Tufts Center for the Study of Drug Development found that it now costs drugmakers approximately $2.6 billion – up from $802 million in 2003 – to create a new drug.

Moreover, Food and Drug Administration staffers in charge of approving COVID treatments and vaccines delayed meetings and took days off, even as the newly discovered solutions were in their hands and Americans were dying in unprecedented numbers.

Even today, health officials are unable to save lives by offering a single dose of vaccine to twice as many people despite clear evidence that one shot is highly effective.

Compare the ineptitude of government officials with the biotechs that worked at lightning speed – and with unprecedented cooperation – to bring us the vaccines we have.

As I’ve pointed out here before, Moderna (Nasdaq: MRNA) created its vaccine within two days of China posting the coronavirus genome online in January of last year.

And while public officials warn us to gird ourselves for the next pandemic, Ronald Bailey – one of the best science writers in America (and a keynote speaker at our Investment U Conference in St. Petersburg, Florida, last month) – points out in the latest issue of Reason magazine that this may be the last one.

Why? Because science – and business – has gotten that good.

Previously, most vaccines were based on weakened or genetically modified viruses.

But messenger RNA (mRNA) vaccines are different. They are essentially sets of instructions that direct cells in the body to make proteins that prevent or fight disease.

The commercialization of mRNA vaccines – for a host of illnesses – has only just begun.

But that’s not the only reason the next outbreak should get nipped in the bud before it ever becomes a pandemic.

As Bailey points out…

The greatly speeded-up biomedical innovation provoked by the current global scourge has provided future generations with tools to keep subsequent viral invasions at bay. These include fast new vaccine production platforms, the development of better diagnostic and disease surveillance monitoring, and progress in the rapid design of therapeutics.

That’s fantastic news. And in the May issue of The Oxford Communiqué, I’ll show you a great new way to play it. 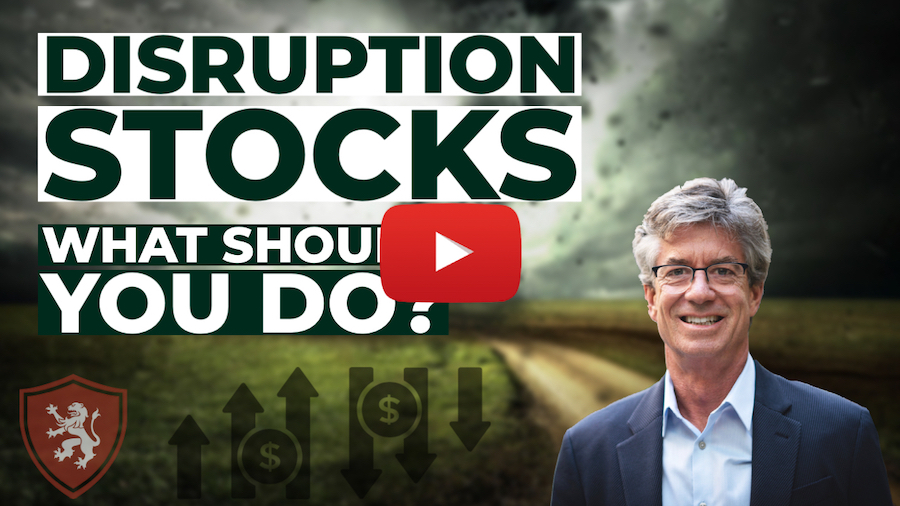 Stock Market Fear… and How to Get Over It

How to Invest in the Next Industrial Revolution