Apply This Simple Principle to Crush the Market

The Pareto principle is one of my favorite mental models.

In 1906, economist Vilfredo Pareto developed a mathematical formula to describe the distribution of wealth in Italy. Pareto observed that 20% of the population owned 80% of Italy’s wealth.

Soon, experts across a variety of disciplines found that the Pareto principle applied to many situations.

Think about it, and you may find the same applies to your life.

Once you “get it,” you’ll see examples of the Pareto principle everywhere you look.

The Pareto Principle in Investing

The Pareto principle is well-known among business school professors who teach strategy.

Ironically, their Nobel Prize-winning finance colleagues have yet to apply the Pareto principle to their investment models.

Take a moment to look at your investment portfolio with the Pareto principle in mind.

Chances are, you’ll likely find 80% of your gains come from 20% of your investments.

Whether that distribution is precisely 80-20 matters little. The point is that a handful of positions in your portfolio account for the bulk of your gains.

And you can take the Pareto principle to yet another level.

You may think that such results are extreme…

But research by Hendrik Bessembinder, a professor at the W.P. Carey School of Business at Arizona State University, confirms that they are not.

Bessembinder’s research demonstrates how the Pareto principle applies to investing without even acknowledging it.

As he told Bloomberg, “It is historically the norm in the U.S. and around the world that a few top-performing companies have great influence over how the market does overall… I expect it to be the case in the future.”

“Great influence” is a dramatic understatement.

I was shocked to learn the driving impact just a small group of stocks has on overall market returns.

His conclusions fit the skewed returns of the Pareto principle remarkably well: “When stated in terms of lifetime dollar wealth creation, the best-performing 4% of listed companies explain the net gain for the entire U.S. stock market since 1926.”

The study found that the stock market created $35 trillion of shareholder wealth during those 90 years.

Bessembinder followed up with a similar study on global stocks.

Note that this period encompassed the collapse of the Soviet Union, the dot-com boom, the global financial crisis of 2008, the rise of China and a range of business cycles.

The Lesson for Investors

First, the key to making money in stocks is to bet big on a handful of big winners.

Think of these big winners as you would championship athletes. They are the Babe Ruths and Michael Jordans of the investment world.

There have been thousands of professional football players over the past five decades. But there’s been only one Tom Brady.

So pick your stocks carefully. And when you are lucky enough to invest in a top performer, hang on to it.

Second, be ruthless in cutting your underperformers.

Bessembinder’s research showed that more than half (57%) of U.S. stocks failed to match the returns on 1-month T-bills over a 90-year period.

You don’t want these laggards dragging down your portfolio.

And when things do go wrong, stick to the 25% trailing stop we use here at The Oxford Club.

As both the Pareto principle and Bessembinder’s research confirm… sticking to these two simple rules will make all the difference. 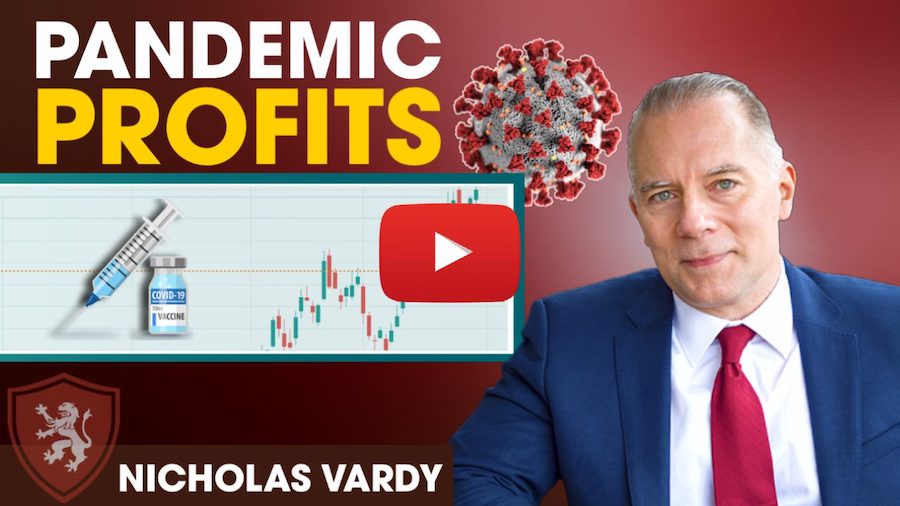 The Most Controversial Topic on Earth

These Stocks Warrant Your Attention