Berkshire Hathaway Chairman Warren Buffett once said, “If you’re even a slightly above average investor who spends less than you earn, over a lifetime you cannot help but get very wealthy.”

That’s an encouraging thought for aspiring and experienced investors alike. And I agree with it entirely.

Most Americans struggle in both departments. A lot of it has to do with human nature.

For example, a qualified nutritionist could address an audience of overweight adults and patiently explain that if they eat a healthier diet, they will lose weight, feel better and live longer.

The vast majority in the audience will agree. Yet experience shows that the majority will not lose weight.

Why? Because that would mean less chips and crackers, less bread and pasta, less hamburgers and pizza, less ice cream, less candy, and less alcohol.

Most people do not want to give these things up – or even consume significantly less of them.

This thwarts their goal of becoming slimmer and healthier.

Likewise, a financial advisor could stand in front of a group of indebted individuals and tell them to reduce their overhead, rein in discretionary spending, pay off high-interest debt and save 10% of every paycheck (even if that required working a different job or a second one).

The vast majority will nod their heads in agreement. But most will continue to struggle with their finances.

Why? Because that would mean working longer hours, living in smaller accommodations, driving an older car or giving up everyday luxuries.

Most of the good things we achieve over the long term are the result of good habits and the deferral of gratification.

Yes, in some cases the necessary knowledge is lacking. But, more often than not, the real culprit is a reluctance to commit and follow through.

Yet even those who budget well and save regularly still find it difficult to earn even average returns, much less above-average returns.

Researcher Dalbar did a quantitative analysis of investor behavior over a 30-year period ending December 31, 2019.

It found that the average equity fund investor earned just 5.04% annually – or half the return of the S&P 500 over the period.

This is partly because their investment advisors put them in funds with high fees that underperformed the market badly.

But Dalbar also discovered that fund investors did not maintain their discipline during corrections and bear markets, running to cash during volatile periods and missing the subsequent rebounds in stock prices.

Last year was a good example. The pandemic was a bolt out of the blue, surprising everyone.

Aside from the health crisis, investors understood that it would have a negative impact on consumers, large and small businesses, and corporate earnings.

In June 2020, The Wall Street Journal conducted a poll and found that a supermajority of respondents – 80% – believed the United States was “spiraling out of control.”

Especially with the media laying it on thick with daily and cumulative death tolls, vivid exposés about businesses and households in dire straits, and regular interviews with “experts” who predicted how much worse things would get before they got better.

At the time, we implored readers to recognize that the pandemic was severe but temporary, that the market was already discounting the bad news, that vaccines would be here sooner than almost everyone expected and that they should take advantage of low stock prices.

Those investors are sitting on a pile of profits today.

What happened over the past year and a half will never play out the exact same way in the future.

But we will see variations, other severe (but temporary) setbacks that hurt the outlook for the economy and the stock market.

Yet if you follow Buffett’s advice – by living beneath your means and earning even slightly better than average returns – you cannot help but become wealthy over time.

That’s good news indeed for those willing to acknowledge this reality… and to act on it. 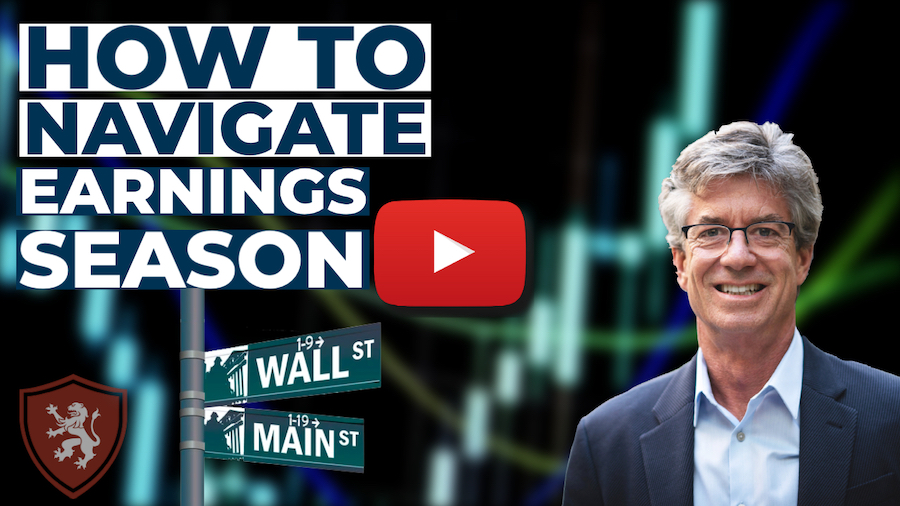 Tesla and the Psychology of Speculative Mania

How to Invest in the Next Industrial Revolution