My Heroes: The Kinder Family

Editor’s Note: If you’re an avid reader of Alexander Green’s columns for Liberty Through Wealth, then I’m sure you’re familiar with the concept of radical responsibility. It means taking ownership of every aspect of your life, from your health to your investment goals. But since today is Giving Tuesday, I’d like to introduce you to another equally important idea: radical generosity.

The lives of Monica and Robert Kinder are full of just that kind of generosity. Over the past eight years, the Kinders have fostered more than 20 children impacted by the nation’s opioid crisis. They’ve adopted five girls – four of whom are sisters who had been separated – and they are currently fostering two babies as well.

But they could use a little help. The loving home that they’ve opened to these children is in need of repairs, which a contractor estimated at $70,000. When Alex first shared their story last year, you all helped us raise more than $34,000. This year, we’d love to show the Kinders some radical generosity and make it all the way to our goal. I hope you’ll join us in showing the Kinder family the same selflessness that they continuously show these children. Simply click here to hear their remarkable story.

Since the pandemic began, we’ve had a health crisis, an economic lockdown, the biggest economic contraction since the Great Depression, the fastest bear market in U.S. history, a record recovery and now a brand-new variant, omicron.

That was the day my wife, Karen, came into my office, took me by the hand and led me to the TV in our family room.

“Please sit down and watch this,” she said, without further explanation.

It was a six-minute clip from the Today show, one that I have since watched at least a dozen times.

The piece was about how the opioid crisis has led to a child welfare crisis.

And it showed what some people – particularly Monica and Robert Kinder – are doing about it.

I invite you to watch it now… 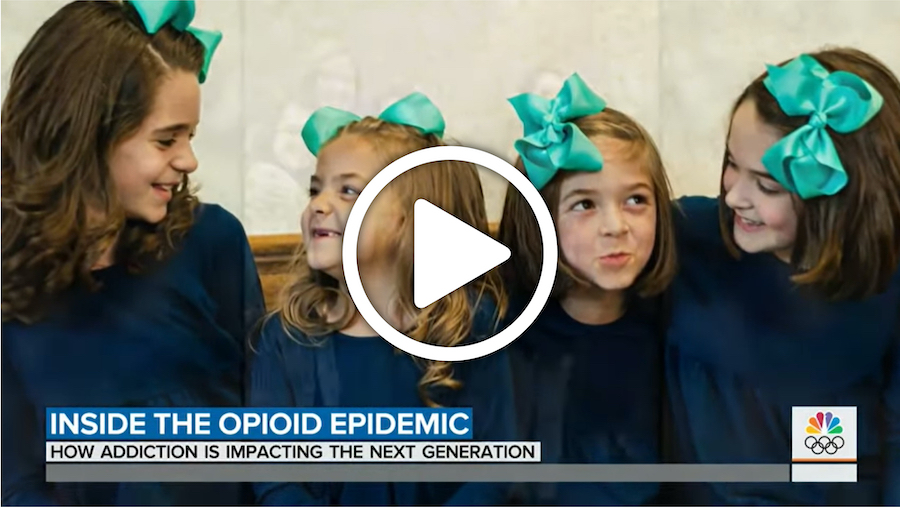 When I was a kid, I idolized professional athletes. As a teenager, it tended to be singers and musicians.

But Monica and Robert Kinder – featured in that Today show episode – are my new rock stars.

I don’t have that much imagination… or nearly that big a heart.

Yet there is Monica saying, “If I could take more kids, I would. But I know I can’t save ’em all.”

I also enjoyed Robert’s pithy advice on how to manage on a tight budget.

“You get what you need. And do without.”

Thousands of Americans have bought bestsellers about Stoic philosophy in recent years.

After watching the clip a third time, I was determined to fix the Kinders’ roof and get Robert something safe to drive.

I contacted the Today show. They connected me to Mission West Virginia, a nonprofit organization that specializes in foster family recruitment and had worked with the Kinders.

They couldn’t give me Monica and Robert’s personal contact information but promised to pass along my offer of help.

To my surprise, I didn’t hear back.

But I persisted. Finally, Monica emailed me, but mainly just to thank me for offering support.

She explained that she and Robert weren’t comfortable accepting help. So I pleaded with her to accept it for my sake.

Yet I didn’t hear from her again for several weeks. (Clearly, this is a woman with a lot going on.)

I kept in touch and, eventually, we exchanged phone numbers.

In speaking with Monica, I learned that – through a foundation – Lowe’s had fixed their roof.

I also discovered that Robert had lost his job and had taken a new one working six days a week at a coal mine two hours away, a four-hour daily commute – in that same old truck.

I sent them a check so that Robert could drive something safer.

I also asked our publisher Julia Guth if we might invite readers to get involved as well. She happily agreed.

The Kinders still need urgent home repairs. So I asked Monica to have a contractor determine what they would cost.

That total is the goal for a GoFundMe account we set up to benefit the Kinder family.

Some readers will rightly note that there are thousands of other great foster parents out there.

Moreover, a donation to Robert and Monica Kinder is not tax-deductible.

If you’re interested in that kind of contribution, check out the Dave Thomas Foundation for Adoption and the National Foster Youth Institute.

(And if you really want to be tax-smart about it, donate appreciated securities rather than cash.)

But this is the time of year when folks give with their hearts as well as their heads.

Personally, I don’t know anyone more deserving of a little holiday cheer than Monica and Robert Kinder.

If you’d like to make their Christmas a little merrier, just click here. And please help get the word out by sharing the campaign on social media.

P.S. If you’d like to send the Kinders words of appreciation or encouragement – or anything else that suits the season – you can also reach them at P.O. Box 13301, Charleston, WV 25320.

High Inflation: Due to Corporate Greed… or Government Incompetence?

Sir John Templeton’s Advice on How to Give...

Remembering the Fall of the Berlin Wall