Every dog has its day.

The same can be said of investment strategies. And one of today’s hottest strategies is to invest in companies buying back their shares.

Truth be told, following this strategy is a lot of work. After all, it involves monitoring hundreds of companies – and then investing in each company individually.

Today, thanks to the advent of “smart beta” exchange-traded funds (ETFs), you can invest in a systematic and profitable buyback strategy with a click of the mouse.

The idea behind companies buying back their stock is simple.

A company’s managers know the best value of their own stock. And if management believes the stock is undervalued, it makes sense to buy back its shares.

By reducing the number of shares outstanding, management increases a company’s earnings per share.

Share buybacks are also generally a more tax-efficient way to return capital to shareholders. After all, investors don’t need to pay taxes on dividend payments.

When a company launches a share buyback program, it means a couple of things. First, the company has enough cash on its balance sheet to spend money on its own shares. Second, the company cannot put its cash to work more efficiently by investing it elsewhere.

In short, share buybacks are a quick and easy way to increase headline earnings to existing shareholders.

Dozens of companies have share buyback programs in place.

Perhaps the most famous one is Berkshire Hathaway (NYSE: BRK-B). Warren Buffett and partner Charlie Munger first promised to buy back Berkshire shares anytime they dropped under 1.2X book value.

Today, they’ve modified that policy to authorize buybacks when they both agree the repurchase price is “below Berkshire’s intrinsic value.”

That’s why I like to think of Berkshire’s commitment as a put option. By committing to keep its stock price above a certain level, Berkshire has put a floor under its price.

S&P 500 companies are buying back their shares at record rates.

And in Q1 2019, that pace has only accelerated. In the first three months of 2019 alone, many companies have repurchased as much as 40% or more of their full-year total for 2018.

The energy sector alone has repurchased shares equal to 71% of last year’s spending.

The Tax Cuts and Jobs Act encouraged U.S. companies to bring cash back into the U.S. by taxing them at significantly reduced rates.

And how long can the buyback boom last?

American companies currently hold about $4 trillion abroad. Last year, they repatriated only $664.9 billion. So the buyback boom may be only getting started.

How to Profit From the Buyback Boom

The easiest way to profit from this trend is by investing in an ETF focused on a buyback strategy.

My favorite among the handful of ETFs focusing on this strategy?

The Invesco Buyback Achievers ETF (Nasdaq: PKW), which tracks the Nasdaq US Buyback Achievers Index. This index consists of companies that have reduced their outstanding shares by 5% or more in the past 12 months.

The Buyback Achievers ETF ensures that the largest weighting for any company is 5% of the ETF’s assets. It rebalances these holdings quarterly in January, April, July and October.

The strategy has strongly outperformed the S&P 500 since the start of the year. 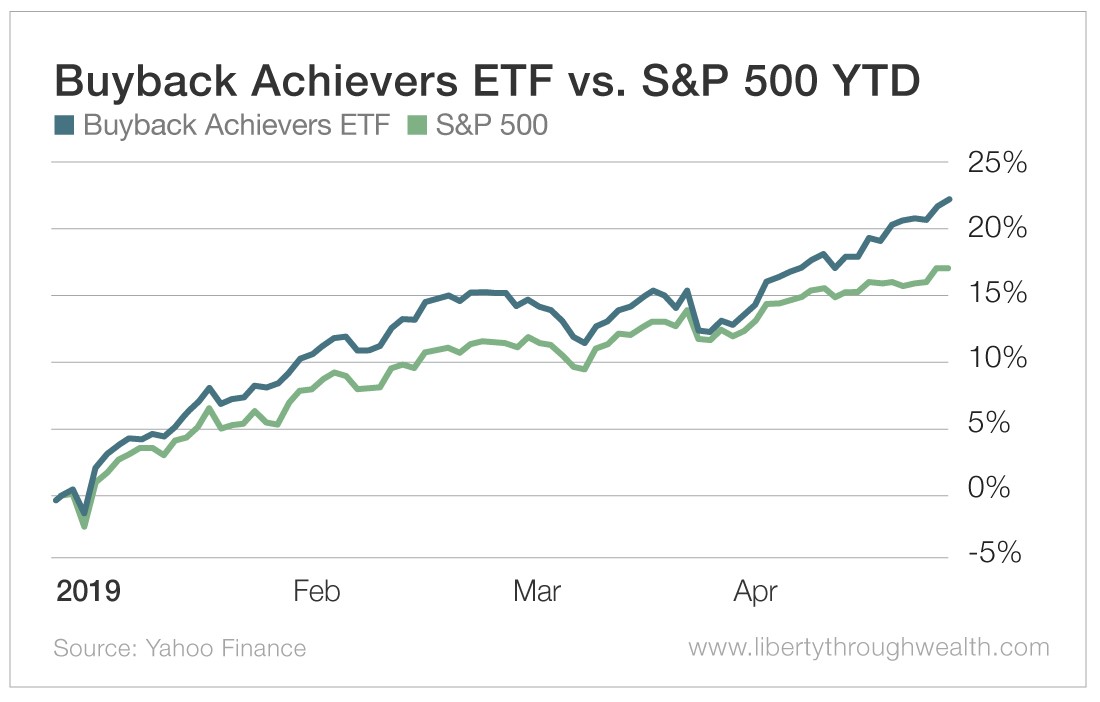 Many of Buyback Achievers’ holdings are household names. 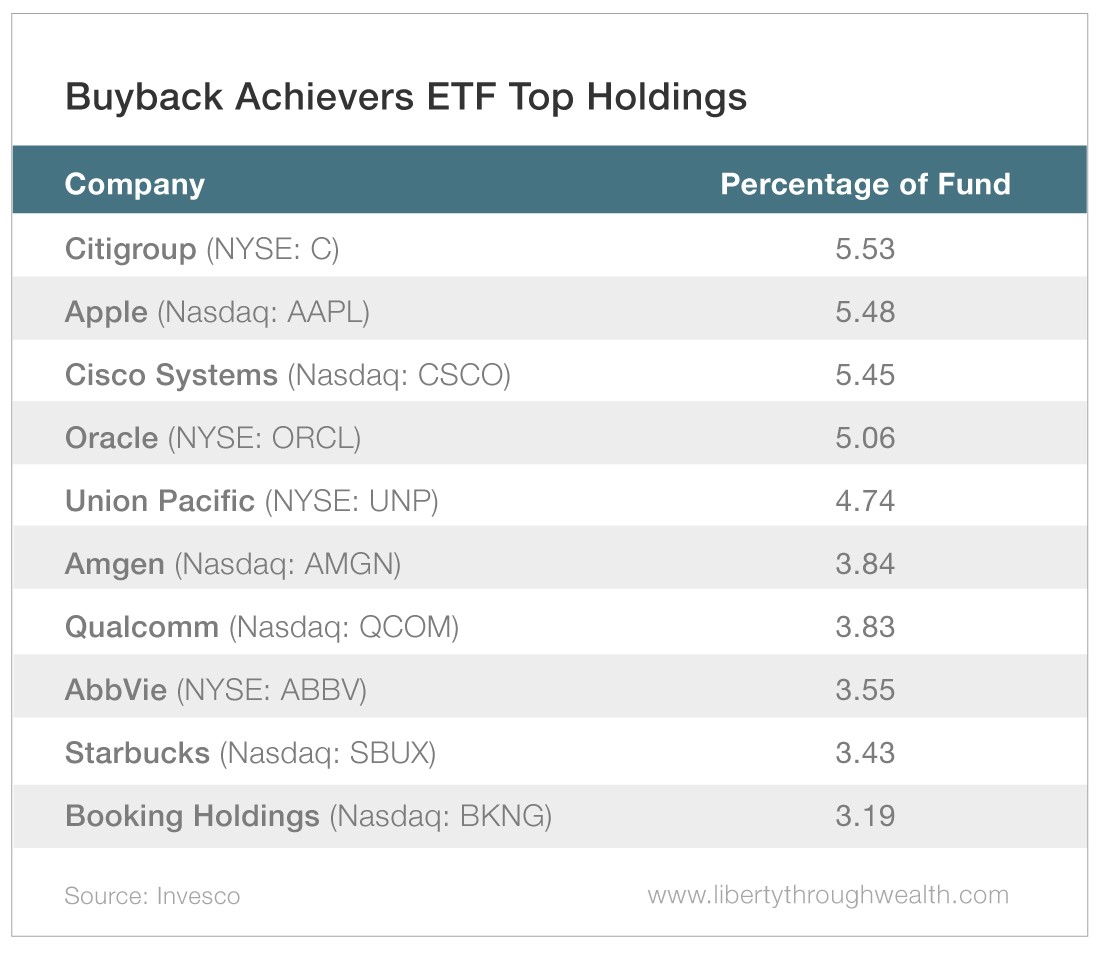 Today is the buyback strategy’s day in the sun.