Editor’s Note: In the time of COVID-19, it’s more important than ever for investors to manage their risk. That’s what Nicholas Vardy is discussing in his latest video, “How to Manage Financial Risks During Pandemic.” Be sure to give it a watch and follow Nicholas’ Facebook page so you never miss an update! 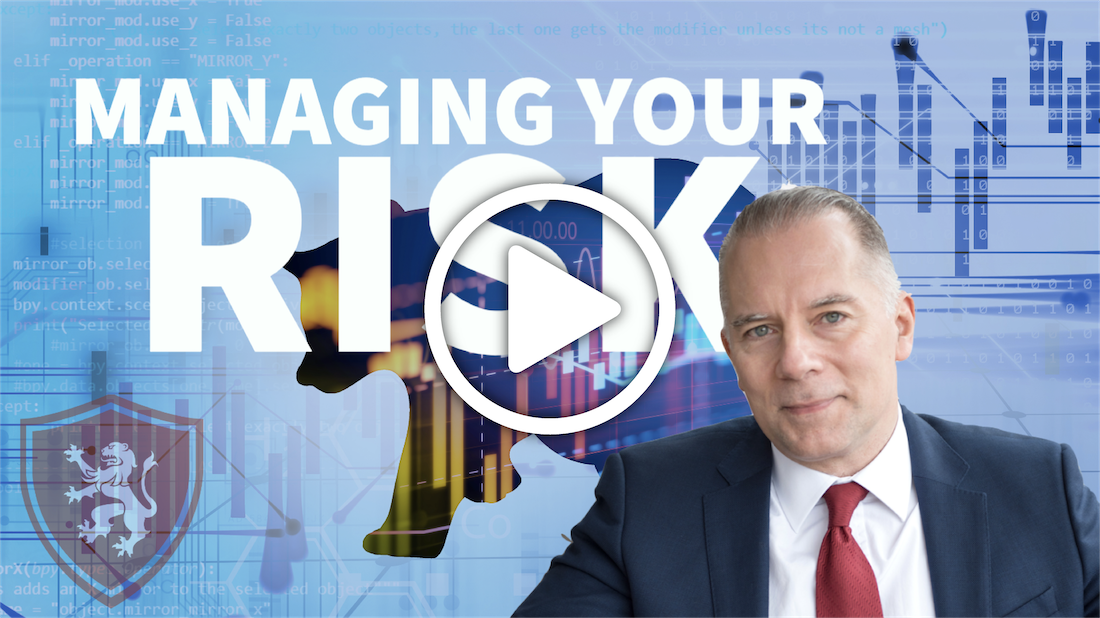 It seems that everyone in the world has become an amateur epidemiologist.

Much of our newfound knowledge comes from studies by actual expert epidemiologists.

The first among equals was an Imperial College London team that projected 510,000 deaths in the U.K. from the COVID-19 virus.

This “gold standard” of studies scared the living daylights out of Prime Minister Boris Johnson and his government.

The Imperial College study came to define U.K. public health policy. According to The New York Times, it had a similar impact on President Donald Trump’s White House.

Under the weight of the study’s scientific evidence, the U.K. locked down its entire economy.

It was far less widely reported, however, that within three weeks of the original publication, the authors of the study revised their estimates.

An even more startling figure eluded the press.

The Imperial College team also revealed that roughly two-thirds of the 20,000 coronavirus victims in the U.K. were expected to die within a year anyway based on their age and health condition.

In short, the team got it wrong.

As it turns out, epidemiological models use the same tools as econometrics does in finance.

And econometrics is the discipline famous for one thing: its elaborate but consistently poor projection of what will happen in the economy.

As critics like Nassim Taleb put it, “Econometrics has been a total disaster.”

Given the astonishing revisions in its estimates, the Imperial College model suffers from the same shortcomings.

And the epidemiologists’ defense, “We have no problem being accused of being too careful,” doesn’t hold any water.

Being too careful is not a free option in the real world.

The Imperial College team’s miscalculations may have implications that are both more deadly and more costly than the COVID-19 virus itself.

The Real World of Trade-Offs

The governor of New York, Andrew Cuomo, has declared, “We’re not going to put a dollar figure on human life.”

Harvard Law professor Cass Sunstein disagrees. His academic research has put a value of roughly $10 million on every human life.

This week’s issue of The Economist is far less generous. It cites a study that has calculated that the mitigation of each COVID-19 death is worth $60,000 to each American household.

Putting a value on human life may seem harsh. But it is nothing new.

It is a textbook trade-off in public policy courses.

But this problem has a simple solution: Ban all cars and other road traffic.

Yet we have decided as a society not to do this. Why? The cost to the economy and way of life is too high.

Sure, you can mandate the use of airbags and impose speed limits to limit the impact.

But banning cars and trucks across the board makes no sense – even if it would save almost 40,000 lives a year in the U.S. alone.

Yet a shutdown of the global economy to address the COVID-19 crisis is the policy equivalent of banning all road traffic.

And that decision is surprisingly easy.

After all, faced with expert studies concluding that a lockdown will save a hundred thousand lives, it is hard for a politician to pose the question, “At what cost?”

Focusing on the benefit – lives saved – and ignoring costs makes these studies almost useless from a public policy standpoint.

That’s because they don’t address a fundamental insight of economics: that decisions are all about trade-offs.

Just because the studies ignore the trade-offs doesn’t mean government policymakers should.

The Law of Unintended Consequences

By focusing only on lives saved, they ignore all unintended consequences.

The economy is a complex system. Models ignore the implications of massive fiscal and monetary interventions. They ignore the costs of an economic shutdown that will easily reach trillions of dollars.

They also ignore the costs measured in the lives of non-COVID-19 patients. How many acute physical conditions will remain undiagnosed and untreated?

And how many people will take their own lives as a result of the economic fallout?

A study published in 2000 found that in America, a 1% rise in unemployment was associated with a 1.3% increase in suicides.

Based on my back-of-the-envelope calculations…

If unemployment rises to 32.1% (as projected by the Federal Reserve), it could result in roughly 21,000 more suicides in the U.S. over the next 12 months.

The point of this exercise is not to offer an accurate projection of U.S. suicides. The point is to highlight that neither the studies nor the policymakers are even asking the question.

The media is always ready to offer a tear-jerking story of an octogenarian whose life has been saved as a result of the current COVID-19 policies.

So let me offer one of my own.

My cousin’s 21-month-old son – who’s the same age as my baby daughter – was recently diagnosed with a brain tumor.

Doctors have delayed treating him for the foreseeable future.

Why? It’s all hands on deck to treat COVID-19 patients.

Is that a trade-off worth making?

I’ll leave that to you to decide.

My point is simply this: Just because the Imperial College study ignores these unintended consequences does not mean these trade-offs aren’t there.

As the global economic lockdown moves into spring and summer, expect these questions to become ever more acute.