Almost 100 years after its publication in 1923, Reminiscences of a Stock Operator remains a Wall Street classic.

The book is a fictionalized account of the life of speculator Jesse Livermore, written in the first person. The author Edwin Lefèvre collected Livermore’s very real insights in this still remarkably relevant book.

Livermore’s story is at once entertaining, readable and packed full of investment wisdom. Each page bristles with insights. My copy is by far the most marked-up book I have ever read. 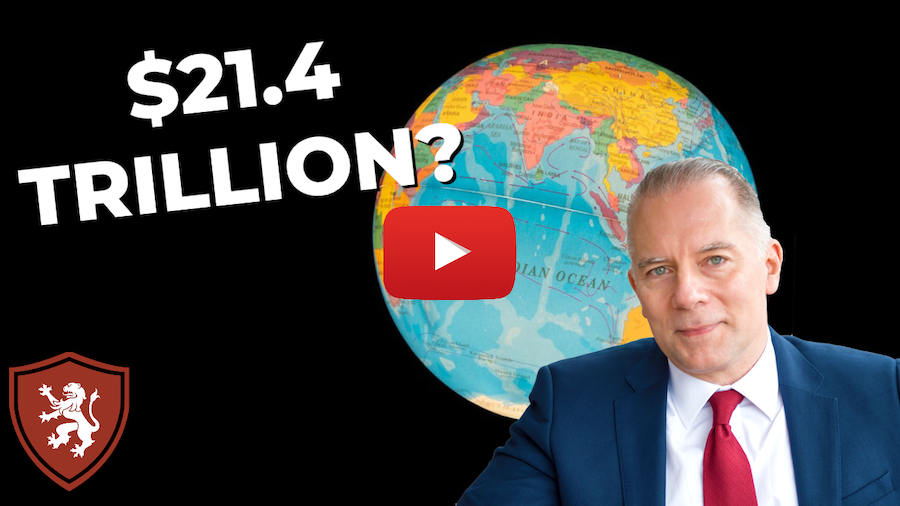 The Life (and Death) of One of Wall Street’s Greatest

Livermore started speculating at a young age as a “tape reader” – making bets on the direction of stocks based on the ticker tape machines at local “bucket shop” brokerage houses.

Livermore soon realized that stock prices were not random. He got so good at recognizing patterns that the local Midwestern bucket shops banned him from trading. He was forced to move to Wall Street.

Livermore’s life was a series of booms and busts. He made a fortune several times – but lost it again and again.

Livermore’s personal story did not end well. In 1940, he committed suicide in the cloakroom of the Sherry-Netherland hotel in the Upper East Side in New York. He was depressed – and perhaps even broke.

His personal demise notwithstanding, Livermore’s insights, as set out in Lefèvre’s book, have shaped the thinking of many generations of successful speculators.

No. 1: There Is Nothing New Under the Financial Sun

“There is nothing new in Wall Street. There can’t be because speculation is as old as the hills. Whatever happens in the stock market today has happened before and will happen again.”

Stocks and the players change over time. A different narrative drives each boom and bust.

Internet stocks and cryptocurrencies may be new. But the game remains the same.

No. 2: Markets Are Never Wrong

“They say there are two sides to everything. But there is only one side to the stock market, and it is not the bull side or the bear side, but the right side.”

“A prudent speculator never argues with the tape. Markets are never wrong – opinions often are.”

Speculators must always ask themselves the same question: Do you want to be right, or do you want to make money?

If you buy a cheap stock but it keeps sliding and you’re 50% down – you’re wrong. The value of a stock is the price that the market values it.

Your primary focus must be on making money, not on being “right.”

“I did precisely the wrong thing. The cotton showed me a loss, and I kept it. The wheat showed me a profit, and I sold it out. Of all the speculative blunders there are few greater than trying to average a losing game.”

As Livermore put it, “A loss never bothers me after I take it. I forget it overnight. But being wrong – not taking the loss – that is what does the damage to the pocketbook and to the soul.”

No. 4: Let Your Profits Run

“Never sell a stock because it seems high-priced.”

Calling a top in the price of a stock is a fool’s game.

An overvalued stock can become much more overvalued. If sentiment toward an asset is positive, it can keep going up for a lot longer than you’d think.

It seems some speculators will always be willing to pay a higher price. Until one day they aren’t…

“[A speculator] should accumulate his line on the way up. Let him buy one-fifth of his full line. If that does not show him a profit, he must not increase his holdings because he has obviously begun wrong; he is wrong temporarily and there is no profit in being wrong at any time.”

Speculators love to average down. After all, we all like to buy things cheaply.

But no one likes to average up.

A successful speculator knows the value of adding to a position when he’s on the right side of the trade.

Don’t fight the trend. Instead, stick with it. Sometimes the best stock to buy is one you already own, even if you need to pay a higher price.

“It never was my thinking that made the big money for me. It always was my sitting. Got that? My sitting tight! It is no trick at all to be right on the market… Men who can both be right and sit tight are uncommon.”

Many speculators need constant, daily action. Boredom – and the urge to “do something” – is their greatest challenge.

Traders should trade only when they see an edge – say, a particular setup or pattern.

A trader must be both right – and able to sit tight.

“If you do not know who you are, the stock market is an expensive place to find out.”

The trading arena is a nonstop real-life video game. Many come in hopes of quick riches.

To be successful, you must internalize some basic principles. You must be objective, stay disciplined and remain rational.

Let your emotions control you – and you can wave your trading profits goodbye.

Each of these trading lessons is timeless.

And if you want to become a successful trader, I recommend that you join the thousands of speculators over the past 100 years who have read – and learned from – this remarkable book.

Meeting the Father of Modern Portfolio Theory: His No. 1 Investment Now

Economic Riches… and the “Myth” of Meritocracy