Whether it’s the Forbes 400 ranking of the world’s wealthiest people… the best colleges and universities… or the number of medals won at the latest Olympics, Americans love to know who comes out on top. 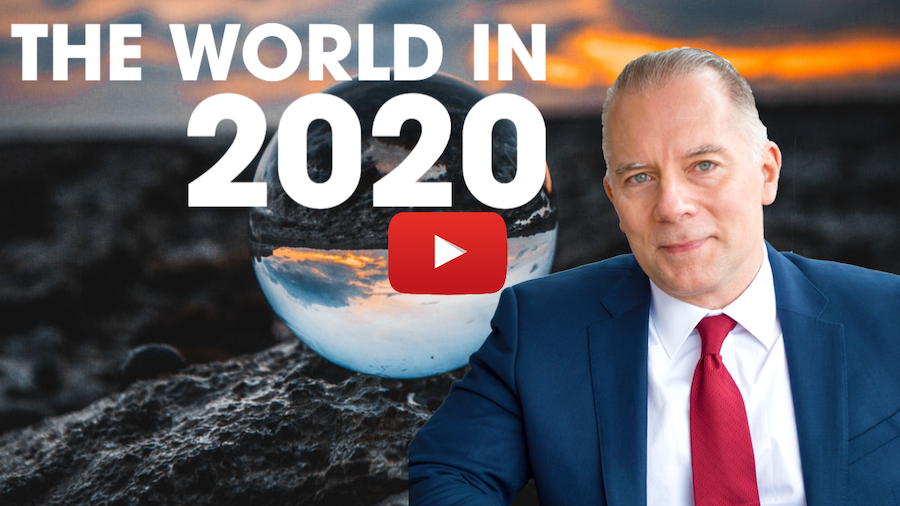 So how do American cities stack up against their global rivals?

For all the talk of America’s inevitable decline… American cities do quite well, thank you.

The Rise of Global Cities

Urbanization has exploded over the past 120 years.

In 1900, there were only 16 cities around the world with a population of more than 1 million.

Today, there are more than 512. And they account for 23% of the world’s population.

Cities are now an essential part of modern life. More than half of the world’s population currently lives in urban areas.

And in terms of raw economic output, cities are critically important.

When ranking economies, we tend to focus on economic output (GDP). I did that when I compared U.S. states to countries.

We can do the same for cities.

In 2018, the 300 largest metropolitan economies in the world accounted for nearly half of global GDP.

The leading global cities rival countries in terms of GDP.

New York and Tokyo have economies about as large as Russia’s. London’s economy is the size of Switzerland’s.

The populations of the world’s largest cities are in constant flux.

London became the world’s largest city in terms of population in 1825. New York overtook it precisely a century later.

And yet London remains an influential global city.

That’s because cities are about more than sheer population or economic output. They are also centers of innovation, creativity and culture.

Small but well-run cities can easily dominate larger cities in terms of influence on global business, culture and politics.

Singapore and Dubai established themselves as regional financial centers without becoming megacities.

In contrast, Mexico City – one of the largest emerging-economy cities in the world – is burdened by crime, congestion and pollution. All these have kept it from the ranks of influential global capitals.

So once you get beyond economic output and population… what are the world’s most influential cities?

The report examines dozens of variables, including business activity, culture, human capital, political engagement and information exchange. It then adds these scores together to rank the cities. 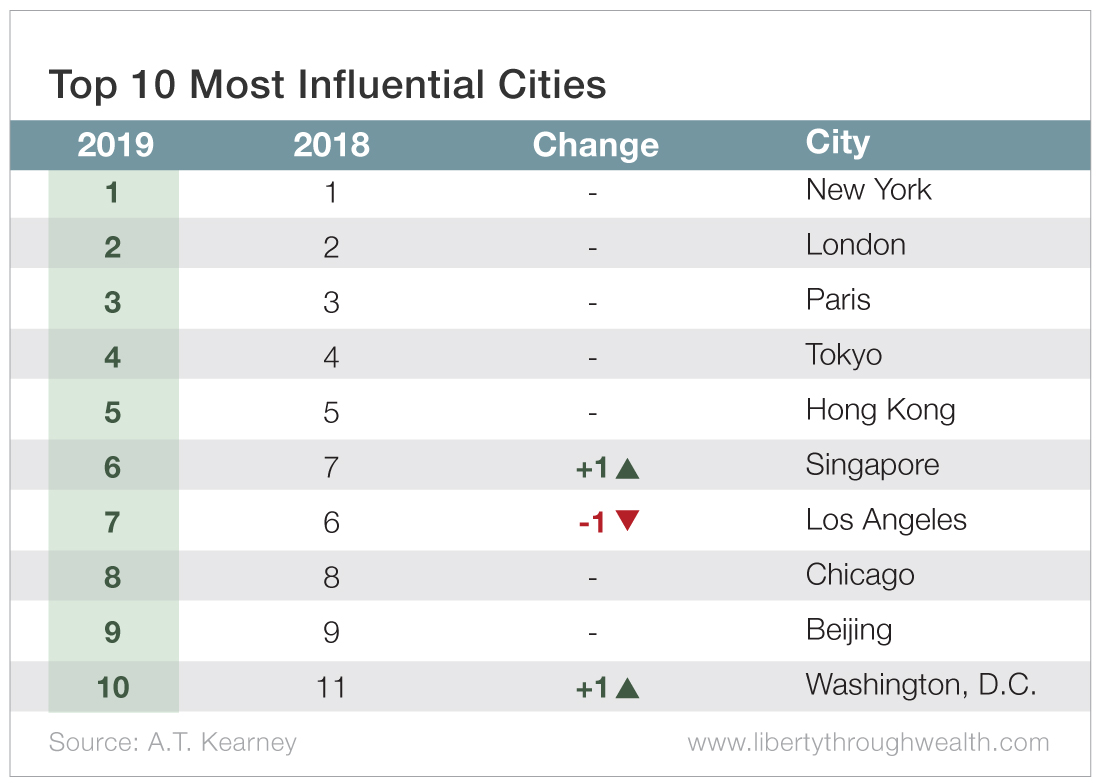 Here are some highlights from the 2019 Global Cities Report.

What lessons can we draw from A.T. Kearney’s ranking?

Many emerging market cities have already overtaken American and European cities in terms of population.

By population, New York City doesn’t even make it into the global top 10.

But Delhi (India), Cairo (Egypt) and Dhaka (Bangladesh) – all bigger than New York City – must do more than grow their populations to become some of the world’s greatest global cities.

New York, London and Paris are thriving metropolises because of their dynamism and creativity.

The sizes of their populations and economies are less relevant than ever.

Tokyo, Hong Kong, Singapore and Shanghai have succeeded in entering the ranks of influential global cities in the past 50 years.

But the rest of the non-American and European cities of the world?

Well, they have a long way to go.

Black Wealth Matters – Here’s How to Create More of It