Note from Managing Editor Allison Brickell: In today’s article, Alexander Green recalls a thought-provoking conversation he had with Bill O’Reilly on the subject of wealth inequality.

Their discussion sparked so much interest among investors, he decided to tackle the subject of wealth with Bill once again. In a brand-new exclusive interview released just this week, Alex shares a jaw-dropping revelation: A series of events are coming that will lead to more wealth creation in the next two years… than over the past TWO DECADES… combined.

Trust us. You don’t want to miss this. Tune in to the interview here.

In a conversation a while back with bestselling author Bill O’Reilly on his No Spin News, we talked about solving the issue of economic inequality in America.

A significant reason for the gulf between the wealthy in this country and everyone else is stock ownership.

Studies show that roughly half of Americans own no stocks, either directly or through mutual funds and exchange-traded funds.

According to a recent study by New York University professor Edward N. Wolff, the wealthiest 10% of Americans own 84% of the shares of all publicly traded companies.

In fact, the top 20% are responsible for 90% of all stock ownership.

This is what statisticians call a meaningful correlation.

It’s not just that people with money are able to buy more shares.

If you want to get rich, you need to own stocks. So why don’t more Americans own them?

There are three primary reasons. The first, obviously, is that some people don’t (or can’t) work or – more commonly – don’t save. They spend everything they earn.

This is not just a problem for low-income earners.

As a former money manager, I’ve known plenty of people from all walks of life – doctors, lawyers, engineers, even Wall Street professionals – who blew through everything they made each year.

Anyone who climbs the ladder of economic success knows that expenses quickly rise to meet the income available.

People who can afford a bigger house generally contact a realtor. Those who can afford a fancier car are soon shopping at their local dealership. They also get interested in exotic vacations, fancy watches, power boats and so on.

If you can afford these things – and by that I mean buy them and still save a good portion of your annual income – good for you.

Go for it. And enjoy.

But if these things are a stretch – if, like 78% of Americans, you are living paycheck to paycheck – you are sacrificing your future standard of living for today’s consumption.

And that’s not smart.

I won’t dwell on this point. Folks like Dave Ramsey and Suze Orman already own this space.

They regularly browbeat their listeners for driving late-model cars, eating out too often and buying a lot of stuff they really don’t need.

Their advice is sensible. But it’s not my beat.

My mission is showing people who are willing to work and save how to put their money to work to achieve their financial goals and live the kind of lives they’ve dreamed about.

Even if that includes driving a Mercedes-Benz or staying at that exclusive resort in the Caribbean. (Post-COVID, of course.)

The two other factors that stop half of Americans from investing in stocks are lack of knowledge and fear.

The two are closely intertwined.

The more you understand about the nature of the market, the power of diversification and the probability of high future returns, the less scary fluctuating share prices become.

For now, let’s return to the fact that the affluent own 90% of the outstanding shares of American companies.

Is this because they have greedily gobbled them up for themselves, preventing everyone else from getting in on the action?

Anyone with a few dollars to invest can buy shares in virtually any publicly traded company.

(I shouldn’t even say virtually, because with the advent of fractional shares you can now own a piece of more expensive stocks like Amazon, Tesla or Berkshire Hathaway. And with no account minimum and no commissions.)

There has never been a better time to be an equity investor.

I’m not talking now about the strength of the economy, the low level of interest rates or the outlook for corporate profits.

I’m talking about the fact that it has never been easier for small investors to gain access to the market.

This belies the claim that “the little guy doesn’t have a chance” and removes just about any excuse someone could have for not investing in stocks.

Yet too many individuals lack the knowledge and expertise to invest successfully.

They are afraid they will make a hash of things, taking them further from – rather than closer to – their financial goals.

I discussed that important issue in a more recent conversation with Bill O’Reilly. (You can watch that here.)

I’ll cover it in more detail in my next column. 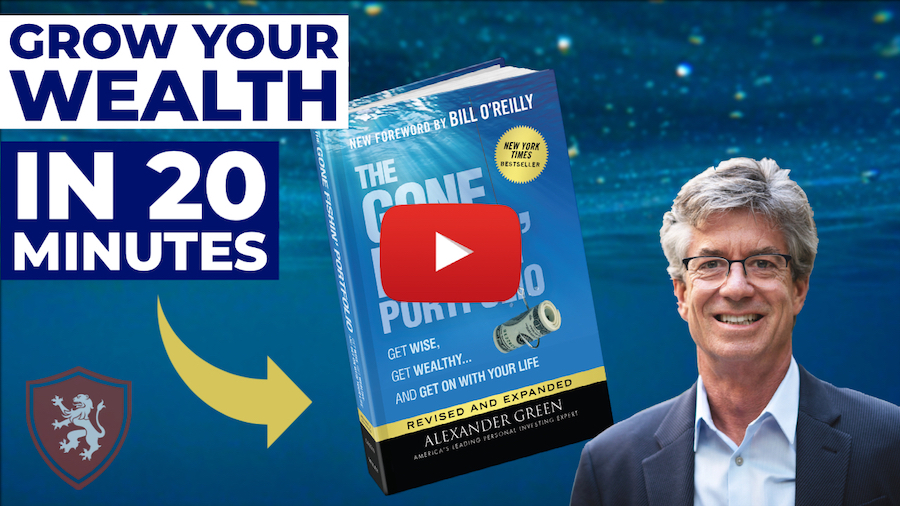 How the Rich Get Richer… and You Can Too