To Grow and Protect Your Portfolio… Save the Goose

Investors are famous for being worrywarts.

Yet the greatest threat to the financial markets is none of these.

In my view, it is growing populist movements on both the right and the left – but especially the far left – that threaten to kill the goose that lays the golden eggs: our amazing free market system.

Let’s do a quick review…

A couple hundred years ago, just about everyone in the world lived at the level of people in present-day Bangladesh.

Poverty wasn’t the exception. It was the norm.

Backbreaking work – both at home and on the job – was how almost everybody spent their days to make sure their families had adequate food, clothing, shelter and warmth.

Life was hard. It was also short – and generally grim.

There were few luxuries. (Nobody thought about fresh-ground Colombian coffee or the thread count of their bed sheets.)

Yet things began to change dramatically a couple of centuries ago – at least in the West – with the Industrial Revolution, property rights and the rule of law.

The real driver of prosperity was capitalism, a term that – in some quarters – is now synonymous with “greed, selfishness and exploitation.”

That is a total mischaracterization.

The beautiful thing about the profit motive is that it takes a universal quality – rational self-interest – and turns it into a societal good.

Unlike inherently coercive government, in the private sector you have to entice other people to work for you and trade with you. The more people you serve, the greater your economic success.

Essentially, capitalism says you can have whatever you want if you just provide enough other people with what they want.

The quintessence of capitalism – the private ownership of the means of production – is the stock market, where anyone who is willing to work, save and invest can own a fractional interest in any of thousands of the world’s most prosperous businesses.

Of course, companies – like the people who run them – are not perfect.

If a business breaks contracts, defrauds customers, mistreats employees or dumps its waste in the river out back, the transgressor must be punished.

However, just as no one wants to play in – or watch – a basketball game where the refs blow the whistle every time one player brushes against another, markets can suffer from overregulation.

The Code of Federal Regulations is 185,000 pages long and, according to the Competitive Enterprise Institute, has a negative economic impact of $1.9 trillion a year.

(If the cost of regulations were a country, it would be the ninth-largest, just behind Italy.)

These regulations aren’t just difficult to follow. Most small businesses are massively noncompliant.

Few have the time, money or personnel to even understand how all these rules – issued and administered by unelected bureaucrats – impact their operations.

Complying with all these regulations raises prices – nowhere more so than in the healthcare industry – and acts as a hidden tax that costs the average household more than $14,368 per year.

Yet the demand for increasing regulation is just one of two populist trends that threaten “the goose.”

The other is the federal debt, something that neither major party is willing to address in a serious way.

Yet rather than offering solutions, politicians are gearing up to spend even more, as you’ll see with the coming omnibus bill expected to reach $3.5 trillion.

This is to be laid on top of our rickety entitlements structure, where the current unfunded liabilities for Medicare, Medicaid and Social Security alone top $156 trillion.

(To put this number into perspective, it is nearly twice the GDP of the entire planet.)

How could we pay for all this?

Not by sticking it to billionaires. According to Forbes, the combined net worth of the nation’s billionaires is $4.4 trillion, an amount equal to less than one-thirty-fifth of the unfunded liabilities for our three major entitlement programs.

Confiscating billionaires’ entire fortunes would hardly be a drop in the bucket. The top 1% of us will not be able to bail out the other 99% of us.

And soaking the rich has not worked well in other countries.

The ones that have tried it – particularly in Europe – have anemic growth, stagnant living standards and fiscal outlooks that are downright scary.

They also have negative interest rates and stock markets that have gone nowhere over the last decade.

In short, the greatest threat to this long-running bull market is not a tightening Fed, higher valuations or moderating corporate profits.

It’s the growing clamor for regulatory and redistributive policies that will reduce innovation, lessen productivity and undermine the economy.

Investors need a new rallying cry. It should be “save the goose!” 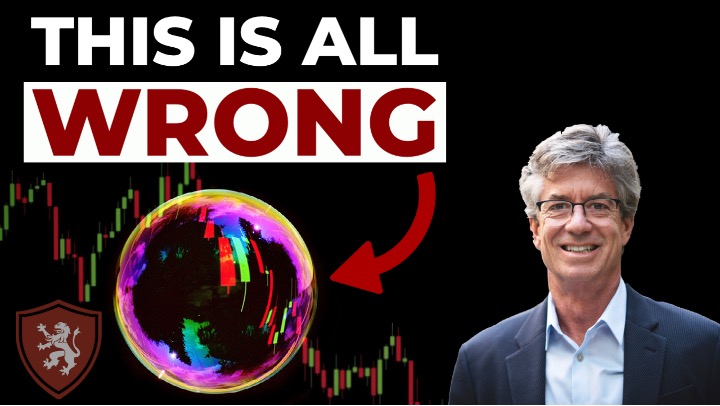