Note From Senior Managing Editor Christina Grieves: I’m very excited to introduce you to one of the newest members of our expert Oxford Club Research Team – Brittan Gibbons-O’Neill! Today, Brittan is offering insight into what could be the next breakout sector for the market, so I think you’ll be interested in what she has to say.

Give it a read. Then click here to learn more about this unloved market and Alexander Green’s No. 1 pick in the sector.

It’s time you look away from the market heavyweights.

Let’s be honest – stocks like Tesla (Nasdaq: TSLA) or Amazon (Nasdaq: AMZN) might take up the attention of the financial talking heads, but that doesn’t mean much for the average investor.

That’s because even when a trillion-dollar company makes a big move, the gains for smaller investors are often limited. These big-name stocks are usually overcrowded and pricey, so your chances of making any real money are slim.

While large caps have been pushing the major indexes higher for the majority of 2021, small cap stocks have made no meaningful headway to the upside.

But after trading sideways since January, they just broke out to new all-time highs.

And if this batch of stocks can maintain momentum, there’s an opportunity for you to reap the rewards of high-growth companies without breaking the bank.

Let’s take a look at what’s been happening…

The Russell 2000 Index is an equally weighted index that follows a group of 2,000 small cap stocks.

After a huge surge at the end of 2020, the index lost a bit of its steam, trading horizontally for the better part of a year.

But as you can see, after testing the top of that trading range three times, the index broke above that resistance on its fourth try. 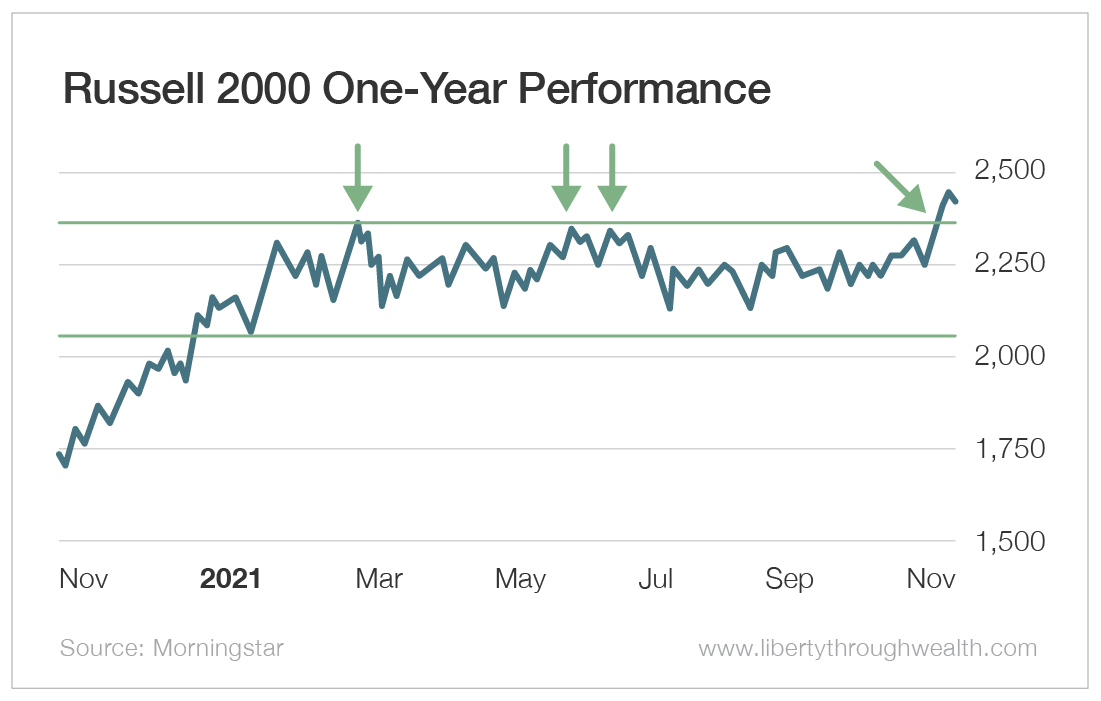 When a security (or, in this case, a basket of securities) hits a level of resistance and falls, it indicates the market may not think it’s worth any higher than that price. Sellers prevail, and the price falls.

Once it does break through, however, it proves that enough investors believe it’s more valuable than where it was previously stuck.

This snowballs into higher and higher demand… not to mention, anyone with a short position could be forced to cut their losses, driving the rally even more.

We’re not just talking about one single stock, either. This means that a good chunk of small cap stocks are rallying simultaneously, which is great news if you’re a small cap investor… or interested in becoming one.

Get in Before the Surge

One key difference, though, is that while the breakout in the Russell 2000 already happened, the Russell Microcap is on the verge of breaking out. 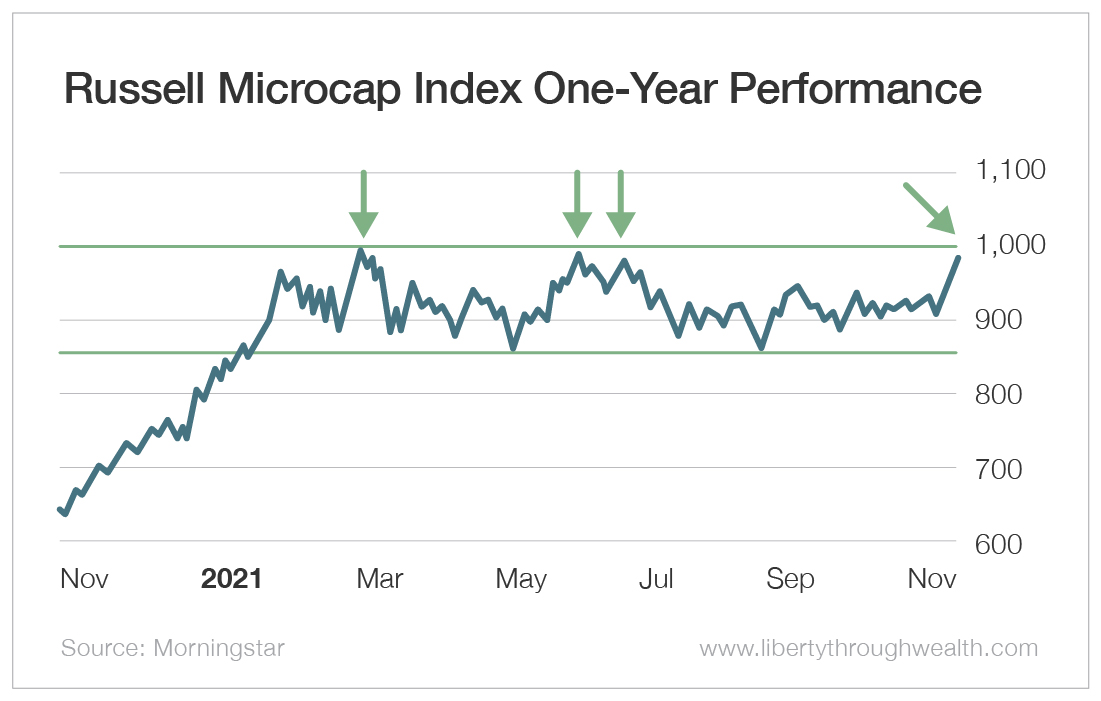 As we speak, the Russell Microcap Index is currently testing its resistance for a fourth time, just like the Russell 2000 did right before it broke through.

Oftentimes, the fourth test of resistance is the breakout point. So microcaps look to be gearing up for a huge pop.

But now that microcaps are in the midst of their own big moves, jumping into these tiny names as they get ready to surge higher is a winning play.

The One (and Only) Chart Pattern You Need...