How Champions – and Great Investors – Think

And would he be amazed by one of Alex’s recent findings.

You see, Alex discovered a little-known company that is reinventing ultrasound from the ground up. It created a handheld device that can give doctors an instant look inside the body to diagnose a multitude of diseases.

In my last two columns, I discussed New York Times columnist Robert Frank’s thesis that the key difference between the “haves” and the “have-nots” in this country is not talent, hard work and persistence but luck.

I have a friend and neighbor whose views are diametrically opposed to Frank’s.

His name is Dr. Bob Rotella – and he is the world’s leading sports psychologist.

Bob has worked with Olympic gold medalists, world tennis champions, the winners of 84 major golf championships, NCAA champions in basketball, soccer, lacrosse, and track and field, and some of the world’s greatest musicians.

Many of today’s finest athletes, including LeBron James and Rory McIlroy, consult with him regularly.

He has also worked as a consultant to many of the world’s largest companies, including General Electric, Ford, Coca-Cola and Merrill.

Bob has devoted his life to helping people who want to be exceptional. And he summarized some of his most important findings in his latest New York Times bestseller, How Champions Think.

Throughout his career, Bob discovered that great achievers share many attitudes and attributes.

Here are just a few of his findings about what sets the best competitors – in business and in sports – apart from the also-rans:

It’s tough to achieve great goals without an unwavering conviction that you will achieve them.

Exceptional people generally do this through intense, purposeful visualization. Optimism keeps them juiced, excited about their prospects and willing to work harder than others.

Optimism alone doesn’t guarantee anything, of course. But it is an essential ingredient. There is an almost perfect correlation between negative thinking and failure.

No. 2: A Confident Self-Image

We all construct a mental picture of ourselves. To a great extent, that self-image determines what we become in life. Champions view themselves as winners. And they devote their lives to making that image a reality.

No. 3: Habits of Excellence

Exceptional people follow strict habits that make success almost inevitable. Commitments are a dime a dozen. But unwavering perseverance is a virtue in short supply.

In Bob’s experience, people who struggle generally have habits that undermine their efforts.

No. 4: An Unwavering Commitment to Process

Exceptional people don’t just pursue a dream. They fall in love with the process that makes it come true. They don’t just work longer and harder. They work smarter. Bob claims that if you’re not aspiring to dominate, to be the very best, you’re coasting.

And you can only coast in one direction.

Champions don’t generally live well-rounded lives. They know they cannot be great business leaders, great parents, great athletes, great socializers and tireless contributors to their communities. They have a passion for one thing and pursue it with the zeal of the newly converted.

In Bob’s experience, champions spend most of their waking hours striving to become the very best at what they do – and spend their remaining hours with their families.

Many people set high standards for themselves. But then they go easy on the self-evaluations. Average achievers tend to overestimate how hard they work. Champions don’t. They define excellence in specific terms and commit themselves to the most rigorous standards.

Failure is inevitable in business and in life. But exceptional people don’t let it define them. They find something to cling to, some hope for the future. Each setback comes with some lesson to be learned.

“Working Hard” Is the Bare Minimum

Robert Frank would counter that plenty of people are talented and work hard but – because they aren’t lucky – don’t achieve great business or financial success.

What he doesn’t seem to realize is that working hard is the bare minimum for exceptional people.

Champions know working hard doesn’t guarantee success. It only guarantees that they can live with themselves.

With great achievers, long hours are just a starting point.

They understand that their biggest struggle is the one within themselves. Anything that causes them to prepare less meticulously or execute less perfectly is a distraction, a hindrance, an encumbrance.

That’s why they surround themselves with, and listen to, those people who will help them succeed.

As Bob writes, “The exceptional person has a vision – of great performances, of a great career, of a great something – and doesn’t care what others may say or think. He ignores information that suggests his dream is unrealistic. He just sets about making that vision a reality.”

By sheer coincidence, I read the Rotella book and the Frank book at the same time. It felt like I was traveling between alternate universes.

In one, success is determined by greatness of vision, indomitable will, laserlike focus, persistent striving and uncommon resilience.

In the other, well, it’s just a roll of the dice.

And if this is true of business, how about the stock market?

After all, no matter how smart or well informed or hardworking you are, you can’t control interest rates, commodity prices, currency fluctuations, GDP growth, corporate earnings, Fed policy or any of a dozen other factors that affect share prices.

The answer – again – is no. And in my next column, I’ll explain why. 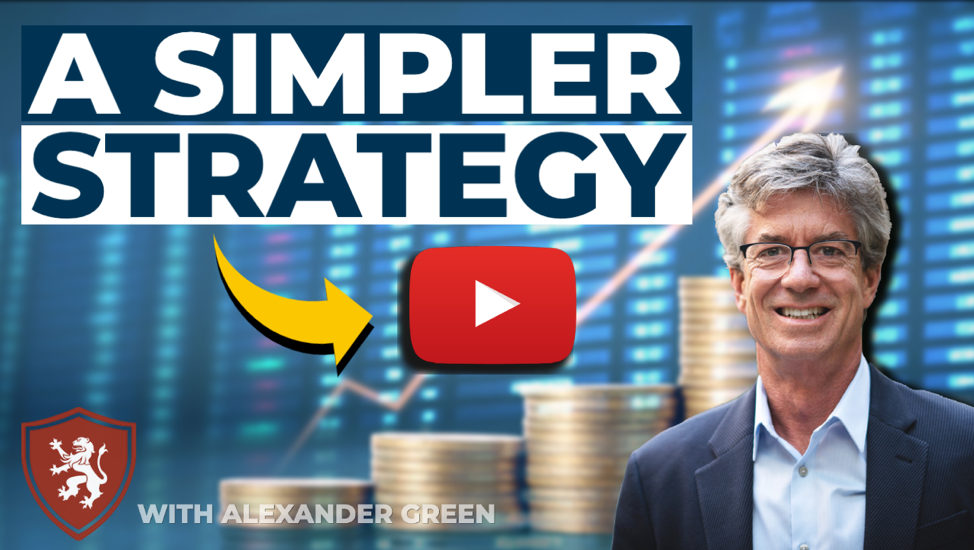