“Bank on the trends and don’t worry about the tremors.”
– J. Paul Getty

Here’s some more bad news for the permabears.

Several studies have shown that the U.S. stock market is becoming more resilient. Over the past 100 years, bull markets have been lasting longer. 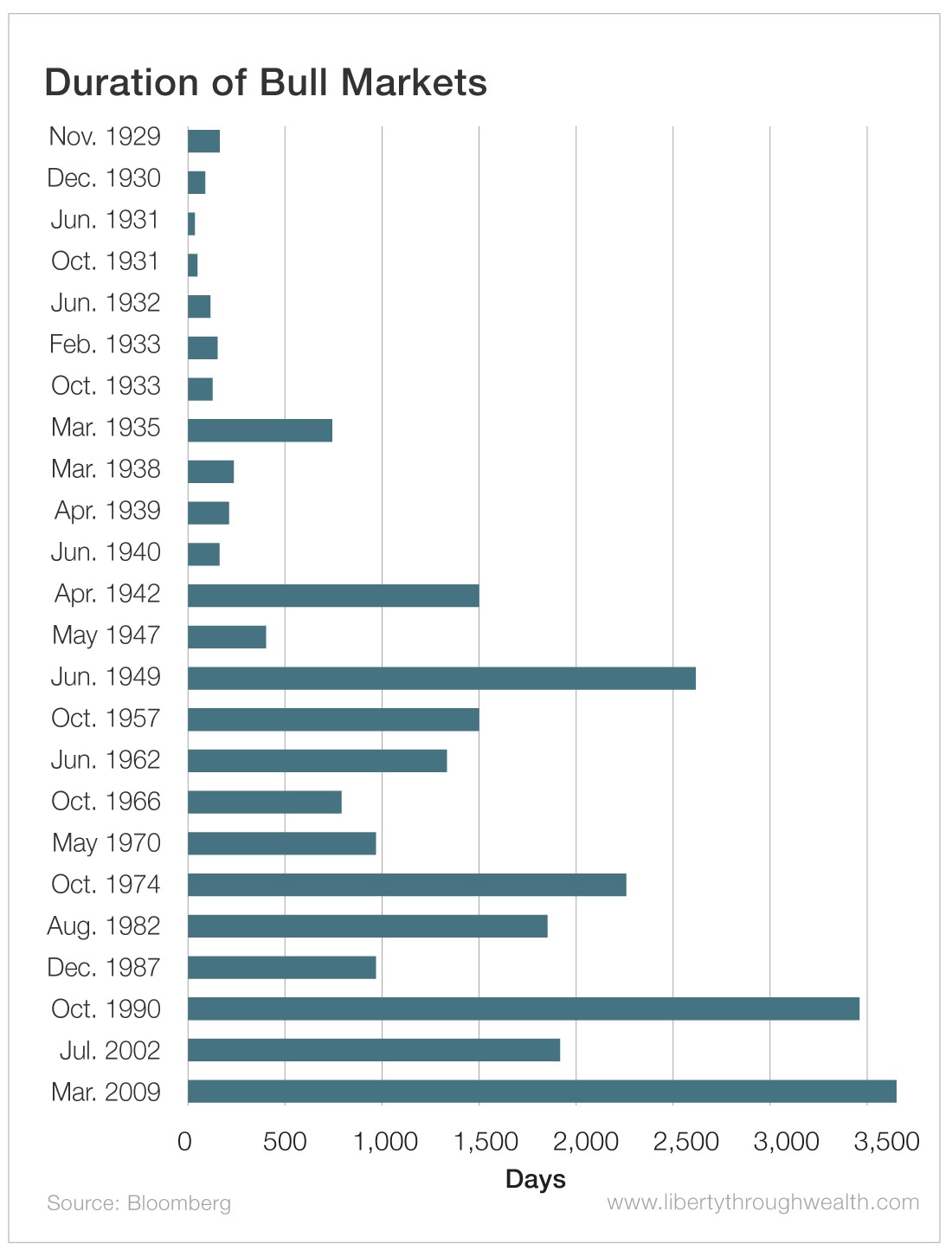 Bull markets lasted only a few months in the first half of the 20th century and a few years in the second half.

But 10 years ago Wall Street marked the beginning of the longest bull market on record.

The decade of the 1990s had a better return overall, but who’s complaining about a more than 300% rise this time around?

It also appears that the sell-off late last year did not end the bull market. In fact we could see all-time highs later this year, depending on news of the trade war with China, Federal Reserve policy and other uncertainties.

The stock market is also becoming more stable. Despite the return of volatility in 2018, the CBOE Volatility Index (VIX) has declined since the 2008 financial crisis.

What is the cause of this bullish trend on Wall Street?

Nobody knows for sure, but analysts have pointed to several possible structural changes in the economy:

It’s these last two changes that are probably most important.

Even with the Fed’s current policy of gradually raising interest rates, long-term rates are still near historic lows.

Thirty-year Treasury bonds are yielding only 3%, the lowest since the end of World War II. Thirty-year mortgage rates are around 4%.

Low interest rates are bullish for stocks. When bank CDs and “safe” government securities are paying just 2% to 3% a year, stocks look a lot more appealing.

The S&P 500 stock index has risen so much that the dividend yield is down to 1.8%. This is great news for those of us who advocate for high-dividend-paying and rising-dividend-paying stocks.

One of the best ways to invest in these stocks is the ProShares S&P 500 Dividend Aristocrats Fund (CBOE: NOBL), recommended by Nicholas Vardy. Its yield is 2% and rising, and it has outperformed the S&P 500 while paying a slightly higher than average dividend yield.

Jeremy Siegel, the Wizard of Wharton, concludes, “Dividends are the critical factor giving the edge to most winning stocks in the long run.”

And with its recent pause in rate hikes, it certainly seems that the Fed will do what it takes to keep the bull running.

This Sell-Off Suggests a Giant Opportunity