Thousands of small investors shouted “Foul!” over the past week when the trading app Robinhood and other online brokers restricted buying in shares of GameStop (NYSE: GME) and a handful of other stocks caught up in a speculative mania.

“This reeks of corruption,” said Daniel Carson, a 49-year-old facility manager in Minneapolis.

“WE WILL NOT GO QUIETLY INTO THE NIGHT,” said one post on Reddit’s WallStreetBets.

Senator Elizabeth Warren (D-Mass.) jumped into the fray as well, insisting that the stock market “is a rigged game.”

That characterization is groundless, but Senator Warren’s remark doesn’t surprise me.

After all, we now live in a nation where evidently everything is “rigged.”

Senator Bernie Sanders (I-Vt.) claims the economy is rigged. Former President Donald Trump claims the 2020 election was rigged. Many Democrats made the same charge in 2016.

If everything else is rigged, why not the stock market?

Heck, even this column could be rigged. I might be a shill for hedge funds, short sellers and “the elite.”

Liberty Through Wealth could be a front for a shadowy group of insiders and market manipulators.

Maybe our publishing company is part of an international cabal of conspirators, intent on sowing discontent and overthrowing the established order.

Entrepreneur Elon Musk and astrophysicist Neil deGrasse Tyson even suggest that reality itself could be rigged, that our whole universe might be “just a simulation.”

Or… maybe some folks are just spending way too much time on the internet and in dispensaries.

Why did Robinhood and other small discount brokerages restrict trading in a handful of high-flying stocks?

The short answer is they had to implement customer restrictions to save their own skins.

As I pointed out over the last few columns, anyone with half a brain knew that GameStop wasn’t “worth” $400, even if shares briefly changed hands at that price (and more).

With so many Robinhood customers long the stock – and fully margined to boot – there was an acute risk that they could take down the firm.

It’s been widely publicized that the discount broker raised an emergency $3.4 billion.

This was not to promote or expand the company. Nor was it merely to ease financial stress.

A buffer against what, exactly?

Against customers, many new to the world of trading, who were rabidly bidding troubled companies – including BlackBerry (NYSE: BB), Koss (Nasdaq: KOSS), AMC Entertainment (NYSE: AMC) and others – to unsustainable levels.

Undercapitalized brokerage firms had to place restrictions on accounts – although they could have done it with margin requirements and other tools rather than limiting the purchase of shares – because their clearing firms required it.

(Clearing firms process securities on the back end after customers submit trades.)

Officers and directors of Robinhood didn’t want to insult customers by coming out and saying, “We have so many fools buying crummy companies at stratospheric prices that we had to make these changes to protect ourselves.”

But that’s the long and short of it.

I’m not saying there was no coordinated manipulation in some of these stocks.

There may well have been nefarious people behind the scenes promoting a pump-and-dump scheme.

If so, it wasn’t the first time and it won’t be the last. Investigations are underway, so we will know eventually.

However, it’s clear from public comments on social media that most of the folks bidding these companies to unsustainable levels mainly did this to themselves.

There has been a lot of talk lately about how the internet, commission-free trading, fractional shares and no-minimum brokerage accounts have “democratized” investing.

But the speculative frenzy in these bubble stocks hardly qualifies as investing, trading or intelligent speculation.

Rather it smacks of classic herd behavior, driven by anger, envy, greed and ignorance.

And, oh, how right they are… as I’ll explain in my next column. 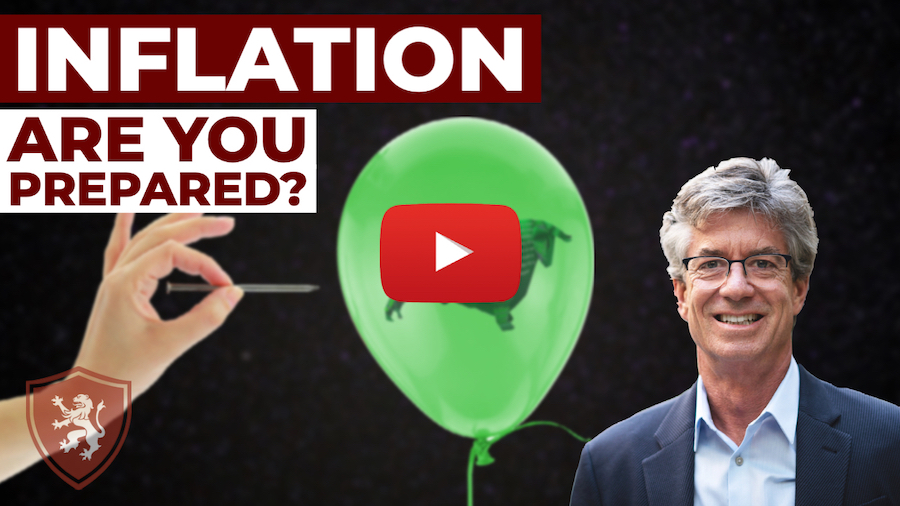 Are We Headed for Another Crash and Great...