Everything in This Market Is a Little Upside Down

Describing why the market moves the way it does in this bizarre environment is becoming increasingly difficult.

Now everything’s a little upside down, as a matter of fact the wheels have stopped

What’s good is bad, what’s bad is good, you’ll find out when you reach the top

You’re on the bottom.

That’s from the song “Idiot Wind” on Dylan’s 1975 Blood on the Tracks album, one of my all-time favorites.

After a horrendous September – when the S&P 500 Index fell more than 9% and the Nasdaq Composite fared even worse, culminating in the worst September for the market in 20 years – stocks rallied almost 6% in the first two days of October.

Because, as Dylan sang, what’s good is bad and what’s bad is good.

It’s really that simple at the moment.

Then on Tuesday, the Labor Department reported that job openings fell by 1.1 million in August, the most since early in the COVID-19 pandemic. 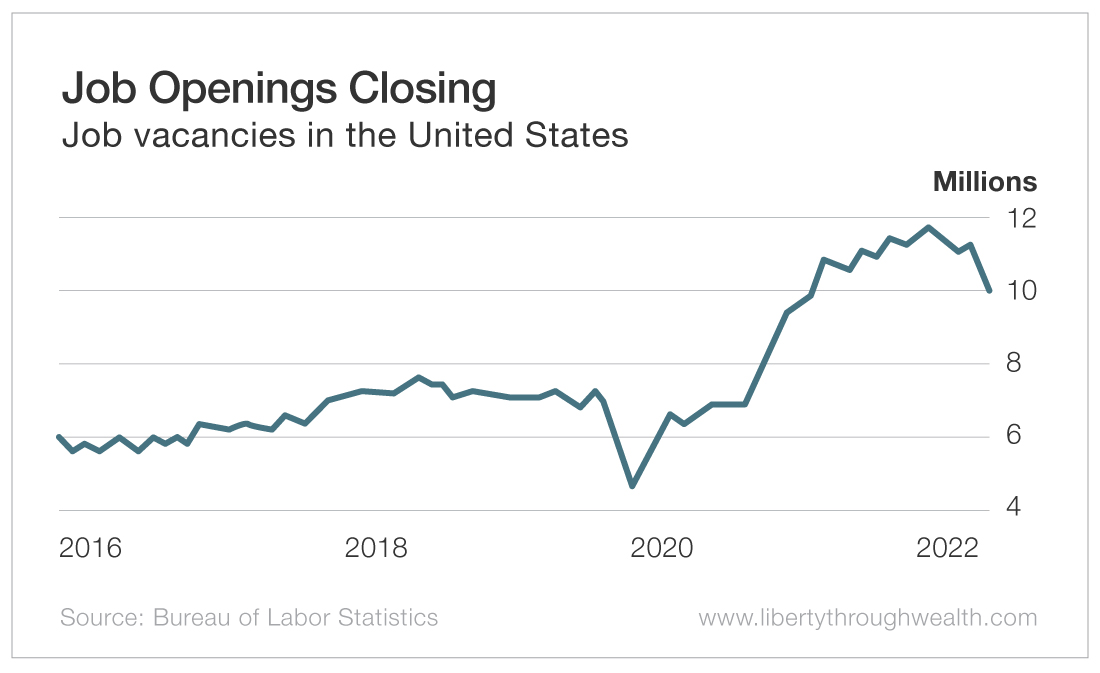 That bad news (for workers) was even better news for markets than the poor manufacturing data of the day before. That’s because investors believe it’s exactly what the Federal Reserve wants to see – a rebalancing of job openings to more closely match the number of unemployed workers.

For much of 2002, there have been twice as many open jobs as the number of people looking for work. The August data took that ratio down to about 1.7.

Now Everything’s a Little Upside Down

In normal times, stocks rally on good economic news and drop on poor data. Strong manufacturing data means demand for goods is rising; an increase in job openings means companies are seeing healthy demand and are hiring to meet it. And vice versa.

It’s all about the Fed these days. And markets will rally on any data that indicates the economy is slowing and could possibly push Chairman Jerome Powell and his colleagues to pivot to a less hawkish stance on monetary policy (i.e., stop raising interest rates so aggressively).

Will the Fed raise its benchmark interest rate another three-quarters of a point when it meets on the first two days of November? Or will this stream of poor data convince the central bank that only a half-point hike is appropriate?

Those are the only questions on the lips of Wall Street traders these days.

We’ll get a better indication on Friday what is likely to happen.

That’s when we’ll get the employment report for September. The consensus is that U.S. companies added 265,000 new jobs last month. Anything much lower than that – bad news! – will push stocks higher. A significantly bigger jobs number will tank the market.

How Trump’s Bad Moves Are Hurting Your Portfolio