Usually, I am agnostic about where I invest.

I am willing to invest in any stock, bond, currency, commodity or country… as long as I can get my head around its fundamentals.

Still, I have my biases.

As I’ve written before, I am not a fan of investing in China.

Despite the hype, few U.S. investors have made money investing in the “China miracle.”

And the political risks of investing in a country run by the Chinese Communist Party (CCP) have always hung over investors like a Sword of Damocles.

The absolute power of the CCP means the investing rules in China can change overnight.

Only recently has the rest of the world begun to catch up to my long-held views.

The Bane of Emerging Markets

Emerging markets have had a rough decade.

If you diversified your portfolio internationally, you paid a hefty price in forgone profits.

(I’ve already discussed some of the reasons emerging markets have lagged behind.)

In the iShares MSCI Emerging Markets ETF (NYSE: EEM) today, China has the largest weight, at around 34%. And that’s down from more than 40% before the sell-offs in July and August.

But that’s not how it’s always been.

Back at the height of the biggest emerging markets boom, in 1994, China barely even made it into the MSCI Emerging Markets Index.

China’s lousy performance over the past decade has weighed ever more heavily on the entire emerging markets asset class.

A decade ago, your email inbox was chock-full of promises that you’d make a fortune investing in the China miracle.

Much has changed since then.

Wall Street is remarkably efficient when it comes to finding ways to make money. That’s because it is not driven by foreign policy experts or corporate apologists making excuses for an oppressive CCP.

The reality is this: Over the past year, the CCP’s clampdown on the private sector has hit China’s e-commerce, education, fintech, ride-hailing and gaming industries hard.

Even high-profile billionaires – like Alibaba founder Jack Ma – disappeared from public view for months at a time. 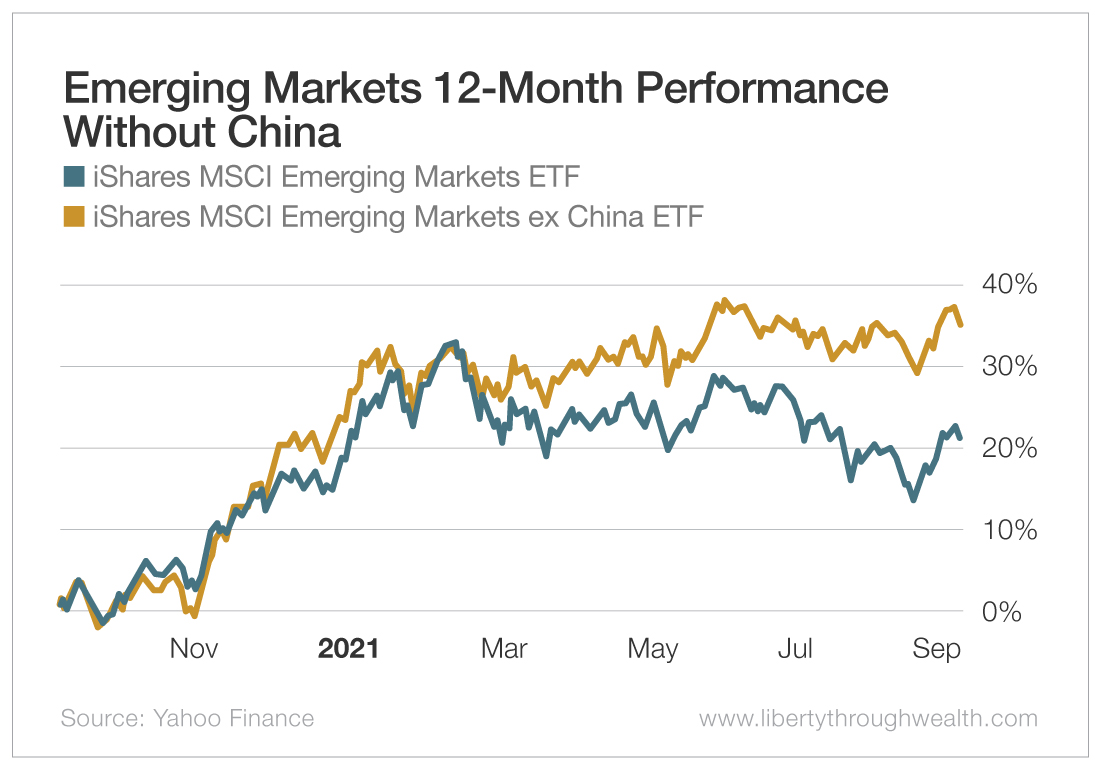 And sure enough, investors are voting with their dollars.

I am a contrarian by instinct. When an investment fad goes one way, I instinctively look in the opposite direction.

So why don’t I take the same approach with China?

China is cheap. After all, a lot of bad news is already priced into China.

The forward price-to-earnings ratio for the MSCI Emerging Markets Index currently stands at 13.07, a 40.9% discount to the S&P 500’s.

Yet I still won’t invest in China for two reasons.

The first is ethical. I cannot support in any way the Communist regime that dominates the country.

The second is practical. Yes, the Chinese economy continues to grow. And yes, China will play an ever more important part on the world’s political stage. That, however, does not make China a good investment. Political risk trumps all other risks in investing.

You can model your way to a profitable investment strategy using the most sophisticated financial tools on the planet.

But that means nothing in a market where the government can willfully change the rules of the game.

I can’t predict what the Chinese stock market will do in the years ahead. But one thing I can predict… The CCP will do as it pleases.

And it will have zero regard for how its actions impact the portfolios of U.S. investors.

Don’t risk your hard-earned cash. Stay away from China. 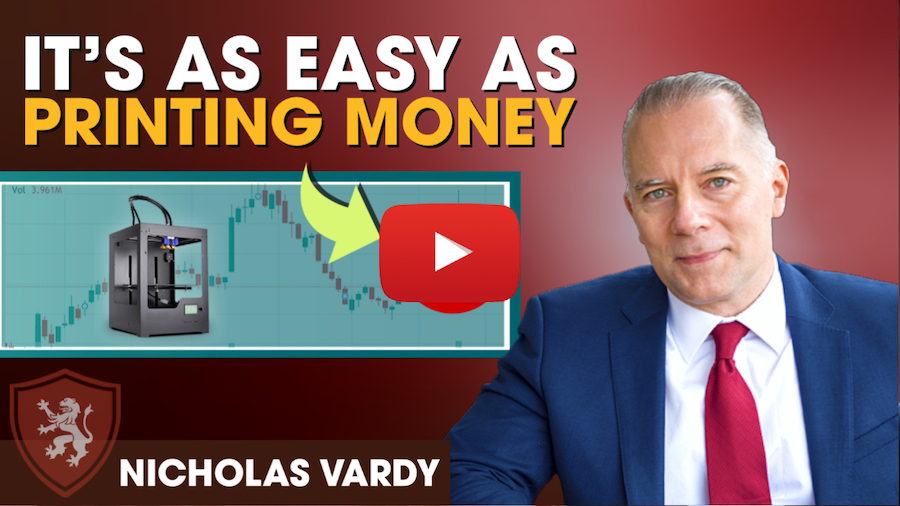