Charles Dickens used these words to describe London’s and Paris’ contrasting fates after the French Revolution in 1789.

They also aptly describe the state of the world today.

On the one hand, the U.S. stock market is soaring. Investors are getting richer and richer. Speculators in Tesla (Nasdaq: TSLA) and Bitcoin boast that they have discovered the secret of limitless wealth.

On the other hand, the world is just emerging from a pandemic. Millions of small businesses across the planet have gone belly-up. U.S. politics are as polarized as they’ve been in decades.

It is, indeed, the strangest of times.

The State of the Market

A friend of mine texted me a question this past weekend: “Is the U.S. stock market in a bubble?”

“Is the pope Catholic?”

Of course the U.S. stock market is in a bubble.

Both market sentiment and valuations are at extremes.

By many measures, optimism has never been higher.

Almost 9 out of 10 (!) respondents to a recent Goldman Sachs survey said they expect stocks to rise this year.

Bitcoin – which Charlie Munger has described as “rat poison” and “trading turds”- has hit record highs.

Tesla – the pinup stock for the bubble – is up tenfold since its low point in March last year.

Meanwhile, U.S. stocks have rarely been this expensive.

The Buffett Indicator – the ratio of total U.S. stock market valuation to GDP – is currently 82%.

That’s about 2.7 standard deviations above the historical average.

That makes U.S. stocks more expensive than they were at the peak of the internet bubble.

Yale professor Robert Shiller’s CAPE ratio – think of it as a P/E ratio over 10 years – stands at a whopping 34.26.

The percentage of U.S. stocks trading above their 200-day moving averages is at a 10-year high.

More than 90% of stocks in most sectors are trading above their 200-day moving averages.

What Is to Be Done?

When optimism and valuations are this high, don’t expect much from the U.S. stock market over the coming years.

It took the Nasdaq until 2015 before it recovered to levels it last saw in 2000 at the peak of the dot-com boom.

What you should not do is sell everything and go to cash.

Calling the week, month or quarter of a market top is a mug’s game.

Let me share three strategies that I am using in my portfolio.

1) Add to My “Hold Forever” Portfolio

I own a group of stocks that I expect to hold “forever.”

I view these stocks as illiquid as I do my real estate investments.

This approach helps me to disassociate psychologically from their daily gyrations.

That said, I use periodic sharp market drops to add to these positions strategically.

I identify those times using the CNN Fear & Greed Index.

Once the index drops below 20, I grit my teeth and add to my “hold forever” stocks.

But you must be patient. Buying opportunities like this happen once or twice a year.

2) Invest in the Market’s Most Hated Stocks

If I have the cash to invest in stocks, I invest a chunk of my portfolio in the most hated stocks in the market.

How do I identify these stocks?

To start, I look for stocks or sectors that are down at least 80% from their peaks.

That’s why I bought sectors like energy and travel and cruise lines back in April.

And I’ve already more than doubled my money on many of these bets.

The past decade has been all about U.S. stocks.

Vanguard estimates that U.S. stocks have trounced international markets by eight percentage points per year on average over the past 10 years.

U.S. tech stocks have been responsible for much of the market’s performance. And returns for foreign investors in the U.S. were also boosted by the soaring U.S. dollar.

No wonder most Americans hate the idea of global investing.

Now, I don’t have a crystal ball. But I do know my history.

With U.S. stocks being the most expensive in the world…

Now is an excellent time to grit your teeth and go global. 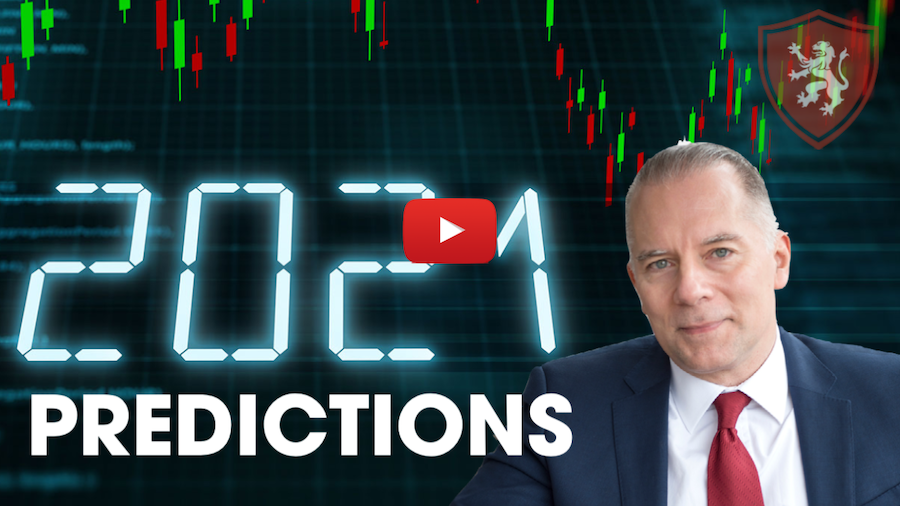 The Man With a Dream… Who Shared It With the World